Posted on January 10, 2016 by Justin Kern Leave a comment 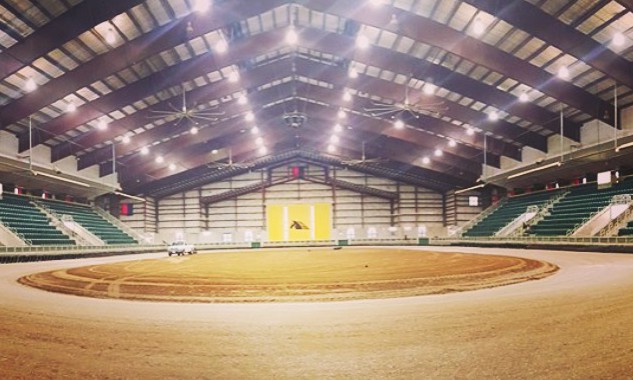 For the past eight years kart racers from all over the east coast make the trip to Williamston, North Carolina for the Maxxis Tire sponsored indoor championships. Over 700 karts racing in more than 30 different classes, over two days, all fighting for more than $18,000 in prize money. The weekend felt very much like Martinsville for Late Models, everyone fighting for that big pay out. The Weekly Racer made the trip this year, as it’s pretty obvious our interesting in dirt karting has certainly grown over the past year. Just like in stock car racing you have your big names who come out to the big races. Drivers like Jonathan Cash, Monk Newsome – even some names you may know from stock car racing like J.D. Eversole (South Boston) and Spencer Davis (K&N Pro East).

Sixteen races scheduled for the Friday portion of the weekend. With an early check in of 9 AM it gave teams plenty of time to settle in, set up, and run their karts through technical inspection. The day was action packed with two rounds of controlled practice, time trials and feature races. Timing issues much like at this years Martinsville Late Model race also plagued the day. Crews spent more than an hour before practice could start working at the stripe to ensure everything was in working order. Once fixed it was a nonstop train of karts on the track dialing in their machines for the feature.