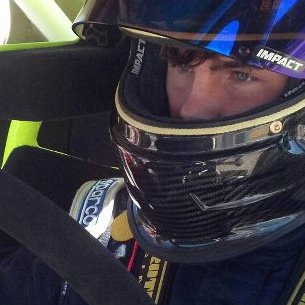 Tommy Jackson, Jr has been around racing his whole life. His dad was a drag racer way before Jackson was ever born. “I basically grew up at the drag tracks,” said Jackson. “For a long time my dad has owned a skybox at Langley Speedway, so whenever we weren’t at the drag strip that’s where we were.” For the past 10 years of Jackson young life he can remember being at some track somewhere.

Jackson rode dirt bikes until he was about 10 years old when finally got pops to buy him his first go-kart to race at Langley Speedway. From then on he knew that was what he wanted to do for the rest of his life. The next few years Jackson focused on climbing through the different divisions of go-karts and running Arena Cars (a indoor racing division running half scale cup cars) in the off seasons.

“We won more kart races then I can count but I never could lock up a championship,” Jackson said. “I think I really struggled with that because I started racing so late I really had to move through the division’s quickly I just didn’t have a lot of time to settle down and learn. Jacksons career really took off once he jumped into what he tells us is still his favorite divisions, the Pro Wing Champ Karts. Jackson ended up winning a lot of races in that division but tells us his biggest accomplishment was the amount of respect he earned from all of the other drivers.

Jackson would then “graduate” to the division we find him in now – INEX Legends. “I completely admired the driving style of the cars and after I got into them it really seemed to suit me,” explained Jackson. A division that seems to suit him as well because he has already racked up over twenty wins at more than one track over the last two years. Not to mention grabbing his first track championship (Southside Speedway). Jackson will focus on running for the championship yet again this year, working to make it back-to-back at Southside Speedway as well as taking the title at Langley Speedway.

What is your favorite style of music?

So far what is your all time favorite movie?

If you could pick between these two options which would you choice; Free gas for a year OR an all expense paid week long vacation with one person to any place you want to go?

As much as I travel defiantly free gas

What is your favorite style type of racing?

Definitely NASCAR, but I watch a lot of Formula One to mix it up. I’ve always wanted to try some road course racing.
Favorite flavor of ice cream?

Do you have any phobias?

Messes! I’m very OCD I don’t like a lot of people in my garage because everything has its place.

With racing an obvious hobby, what other hobbies do you have away from the speedway?

I do a little bit of everything; bowling, ice-skating, and most importantly fishing. If you don’t find me in my garage then your next best bet is on a boat or a dock because fishing is definitely the most relaxing thing I do.

If you had a crystal ball that showed you five years into the future, what would you like it to show?

Probably me in the Camping World Truck Series putting a bump and run on Kyle Busch getting into 3 for the win at Martinsville.

If NASCAR approached you and gave you a team of engineers, contractors and gave you a pretty large budget and asked you to design them a new track for the circuit, what would you design?

Definitely another half mile, we desperately need more of those, but mine would probably have an apron about half the width of the car instead of grass like Martinsville so you could really see some classic short track rubbing.

What would you say is your dream car?

1969 Chevrolet Camaro all day long. Probably in a candy blue with the possibility of some silver racing stripes. But it would have to be all original the only thing I would change is the paint. 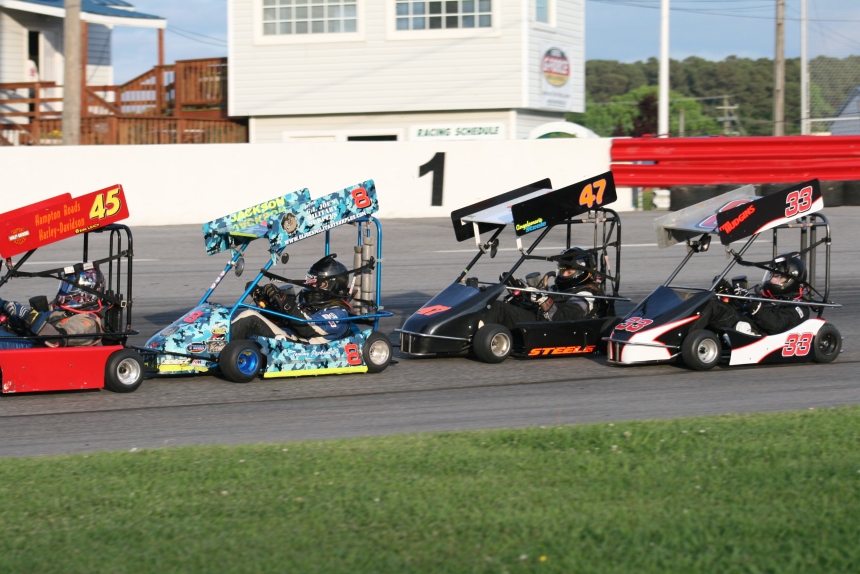 #8 Jackson Jr running in the draft at Langley Speedway.

And to everyone else that has helped me alone the way no matter it be a lot or a little I thank you from the bottom of my heart for the help you have given me with my racing career and helping me stay on the right paths to be the person I am today.