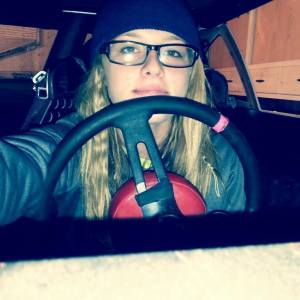 Angelamarie is not your run of the mill girl, well unless your mill involves nuts, bolts, racing fuel and motor oil. Steele got behind the wheel of her first car, well I should say her first kart, at the of nine and its been up the ladder ever since. Steele started out young racing karts at Margarrettsville Speedway. Not only learning her way around the kart, but around the track thanks to the likes of her grandfather and uncle who used to race.

Ten years later that same young woman is still trying to race just about anything she can get her hands on! Coming off of two flat kart championships and finishing as the runner up in the Virginia Dirt Kart Association points in 2012 Steele took one more step up the totem pole – Wing Champ Karts. Steele would run a handful of nights at Langley Speedway under the lights in front of thousands of fans where she would be honored as the Rookie of the Year in 2013. She would keep that momentum rolling into the 2014 season finishing second in the championship points.

With the 2015 season in full swing Steele has entered her first full season in the Pro Six division out at Langley Speedway as well as running some Arena Racing while their season was in high gear. Making the jump from karts to full body cars will without a doubt bring a challenge to Steele but she has a great crew behind her and her drive to want to win is out of this world. Come on in and sit down as we take a trip into life of the #47 Pro Six driver – Angelamarie Steele!

Are you an Apple or an Android girl?

Speaking of apple or android tell me three things you absolutely never walk out of the house with?

My keys, my money, and something for music.

It’s a warm summer day, your out at the beach with your friends and you walk by Dairy Queen, or some other ice cream shop. What do you order?

I order a mango pineapple smoothie.

What is your favorite color?

I want a tattoo since I recently turned 18.

What is your favorite kind of streetcar?

I know most kids/teens/young adults always say they hate school, but what was your favorite subject or class?

Outside of racing what are some of your other hobbies?

I like to fish, ride 4 wheelers, bonfires, working on my racecar.

You wake up one morning and realize you have super powers! What would those powers be?

The power to stop time. 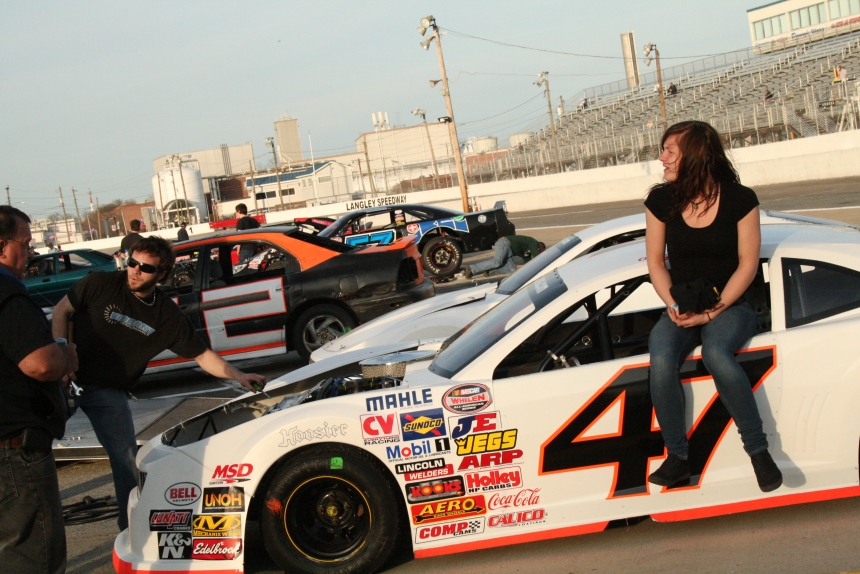