Posted on October 14, 2015 by Justin Kern Leave a comment 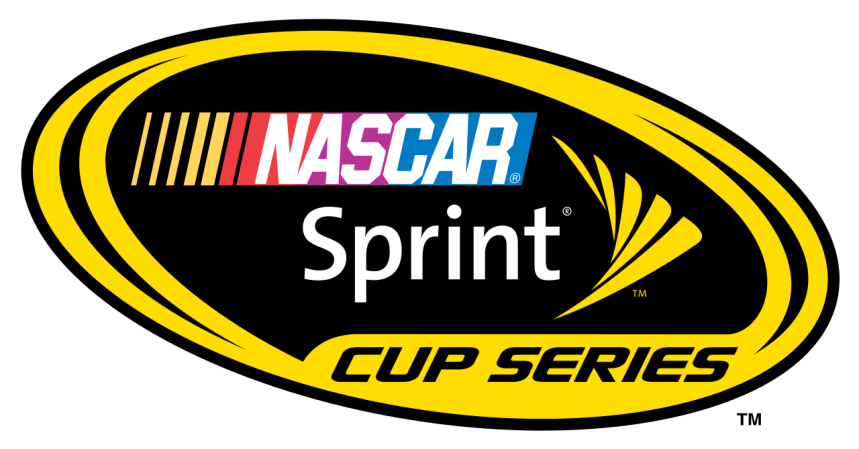 DAYTONA BEACH, FL – NASCAR announced today the base NASCAR Sprint Cup Series rules package to be used during the 2016 season. The package was delivered to teams after an extensive collaborative process between NASCAR and industry stakeholders.

The base package will include a 3.5-inch spoiler, a 0.25-inch front leading splitter edge and a 33-inch wide radiator pan. These components will provide lower downforce on the cars, and Goodyear will develop tires to complement them. Earlier this season, NASCAR Sprint Cup Series races at Kentucky Speedway and Darlington Raceway featured a similar aero package.

“NASCAR has worked tirelessly with our teams, drivers, manufacturers and Goodyear to develop a rules package that provides fans with the best racing possible,” said Steve O’Donnell, NASCAR executive vice president and chief racing development officer. “The success of the races at Kentucky and Darlington in similar trim proved extremely valuable in accelerating rules development for 2016. Now, as teams have even more time to prepare and a strong baseline of data, we anticipate the racing to be even better.”

Characteristics of the lower downforce rules package includes more off-throttle time for drivers and decreasing corner speeds. This generates more passing zones over the entire track, and allows for multiple tire combinations to be levered.

In addition to the base package, each track will continue to feature specific rules, including tire combinations and drive train configurations, to create the best racing for each track length, layout and surface. Rear gear ratios will be adjusted to maintain a maximum engine speed of 9,000 RPM and a 1.38 third gear ratio will be used at all tracks smaller than 1.25 miles. The digital dashboard, which was optional for teams during the second half of this season, will be mandatory in all vehicles.

END_OF_DOCUMENT_TOKEN_TO_BE_REPLACED

Posted on October 7, 2015 by Justin Kern Leave a comment 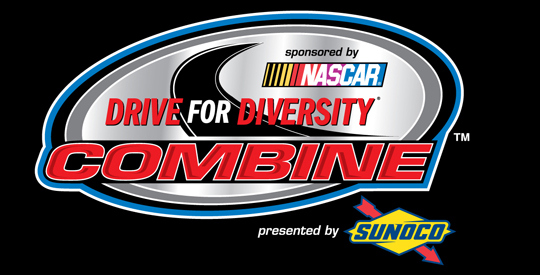 Hampton, VA – The long wait is finally over! Twenty-two drivers who have been eagerly waiting have officially been invited to the twelfth Drive For Diversity Combine hosted by Rev Racing. “Finding and developing diverse athletes who will represent the future of NASCAR is at the core of our organization’s mission,” said NASCAR Senior Vice President of Racing Operations Jim Cassidy. “Every year, the bar is raised with talented applicants who have the potential and determination to succeed. We’re proud to watch our graduates in the national series and develop more diverse talent to join them in the years to come.”

“We could not be more excited about this year’s NASCAR Drive for Diversity Combine to select the 2016 Class of Rev Racing drivers,” said team CEO Max Siegel. “Coming off of our sixth consecutive multiple race winning season, we are focused on continuing to make our program and approach world class, as we prepare these young drivers to advance into the national series.” Siegel’s company currently fields cars in both the K&N Pro Series East and the NASCAR Whelen All-American Series for an entire season. Providing those selected drivers with equipment, mentorship, and on track experience.

This years combine selections, which can be found bellow, includes woman and those of different ethnic backgrounds from all ages. All competing to show they have what it takes to be the next “Big Thing.” One of the most notable this year is Langley Speedway’s own Macy Causey. After winning Rookie of the Year honors at her home track, Causey will prove her case on why she deserves the ride! Returning to the combine this year to defend there spot on the team are Dylan Smith and Natalie Decker. The combine will also have stars from the NASCAR Mexico Series: Abraham Calderón, Enrique Contreras, Rubén García Jr. and Santiago Tovar.

END_OF_DOCUMENT_TOKEN_TO_BE_REPLACED 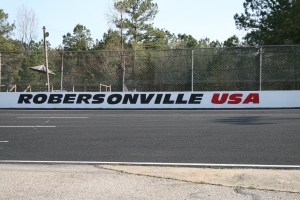 Robersonville, NC – East Carolina officials have finally completed the rules package for the 2015 season which is set to kick of April 18th, 2015 with a 75-lap Late Model Stock feature. Upon release of the 2015 schedule before Christmas we were told the LMSC & LLM classes would be combined and run under the Division I title at East Carolina. Now I will be the first to tell you I am not a rules junky, I have looked over the rules packages for just about any track that has them published. I will also be honest when I say I do not come from a mechanical background so some of the terms and what not do not make all that since to me.

Now I know these are two separate classes but to my understanding it’s almost like a paper-thin line that separates the two. For that reason the staff down at East Carolina Motor Speedway feel that if they combine these two divisions it will create a more cost-effective program for both the track and racers alike. Not to mention the added benefit of a larger field of cars and a better chance at Div. I points under the NASCAR banner.

Once we released the schedule I had promised you guys I would keep you posted on when the rules were officially posted and today is that day. Below you will find a link that should take you directly to a PDF that has all the info you may need. If you have any further question about the LMSC rules or any other division please contact John Vick at johnbvick@gmail.com

You may also click here to read the about the changes being made as well as the schedule;

Posted on December 20, 2014 by Justin Kern Leave a comment

Robersonville, NC – East Carolina Motor Speedway (ECMS) & The Weekly Racer (TWR) had a lot of things in common throughout the2014 racing season. Both were rookies under the ranks of the NASCAR banner, we had our ups where readers and car counts were high and we of course had our downs where we just wanted to pull our hair out. We have crossed paths with countless new faces and made friendships with those faces. Most importantly though, in my opinion, we have both learned a vast amount and are growing!

Of course all of my statements above are strictly of my own view and do not necessarily reflect those of ECMS management, however, it is my honest and brief synopsis of our 2014 journey. That is neither hear nor there because as we look forward, ECMS & THW are thrilled to kick off their sophomore seasons. Bellow you will find a picture of the 2015 ECMS schedule and you should notice something very different, very quick….

END_OF_DOCUMENT_TOKEN_TO_BE_REPLACED

Posted on December 1, 2014 by Justin Kern Leave a comment

Lucama, NC — Without the proper equipment on hand it was not possible to make a ruling the night of the race. It was decided by all parties’ involved further evaluation and interpretation of the rules was needed before a final determination could be made on the motors in the 1st and 2nd place finishers.

In order to ensure there is no delay imposed on the rest of the field while we conclude our inspection, the purse will be distributed based on the current unofficial finishing order. Any adjustments, if needed, will be sent out after we conclude the inspection on the 1st place finisher.

We apologize for the delay but as we have stated before it is the policy of SNMP to give the racer every benefit of doubt before imposing any type of penalty. In no way will we jump to a conclusion without 100% certainty, regardless of how long it takes or who the racer is.

Southern National Motorsports Park believes it is the fair enforcement of the rules that uphold the integrity of the sport and make the competitors want to be involved and is committed to ensure every competitor is treated fairly with the respect they deserve.