Posted on September 19, 2019 by Justin Kern Leave a comment 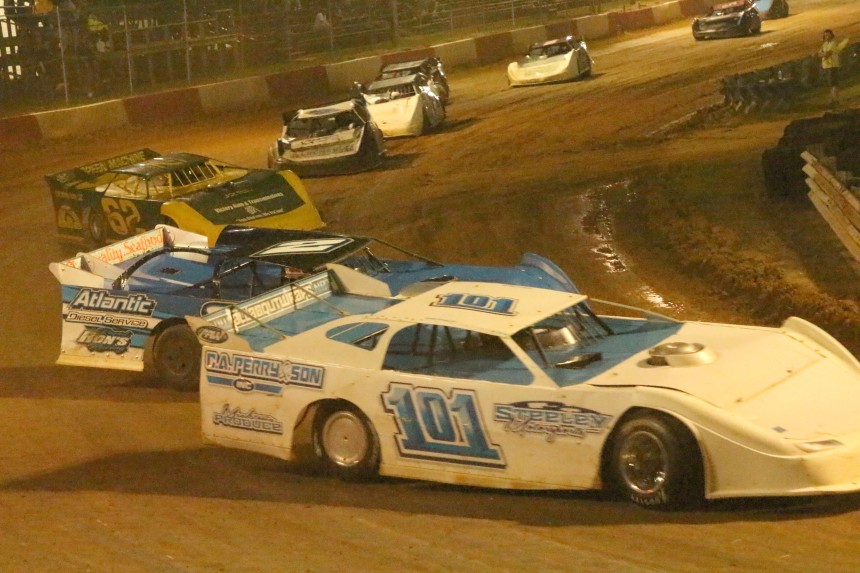 Elizabeth City, NC – The final race of the decade at Elizabeth City’s motor raceway will take place on Friday.  Dixieland Speedway will conclude its 37thseason after having the past couple of weeks off from competition due to Hurricane Dorian and other regional races scheduled at area speedways.  Double points will be awarded, and five champions will be crowned following the event on Biggs Cadillac Buick GMC night at the races.

Billy Hubbard leads the Budweiser Allstar Late Model points and is gunning for his third consecutive championship.  To clinch the 2019 series title, Hubbard, of Cobbs Creek, Virginia, needs to finish third or better on Friday.  Larry Jackson, who is currently second, could win the points race if he finishes four places or better than Hubbard.

To be crowned champion in the Rapid Ron’s Racing Sportsman division, Troy Brickhouse, of Elizabeth City, needs to finish in 10thplace or better this weekend.  Mathematically defending champion Mark Gonzales, who is second, still has an opportunity to win the championship, although the Elizabeth City racer would almost need a miracle by having to finish 11 places better than Brickhouse in the finale.

Chesapeake racer Justin Pruitt aims to win his first title in the Little Caesars Super Streets.  To win the divisions coveted award this weekend, Pruitt needs to finish in 12thplace or better.

After 20-years of trying, Dale Ore, Jr. of Virginia Beach, looks to secure his first championship in the R&D Super Fours.  The veteran racer who won earlier this season needs to finish in fifth place or better to win the points race for 2019.

The action on Friday includes a special 40-lap Rapid Ron’s Racing Sportsman event that will pay the winner $1,000.  Additionally, Budweiser Allstar Late Models, Little Caesars Super Streets, Biggs Cadillac Buick GMC Stock Fours and R&D Super Fours will compete and earn double points. As a bonus, a mechanics race will be held, allowing crew members to have their turn behind the wheel.  The Weekly Racer will have you covered from the drop of the green flag during qualifying and throughout the entire night  Gates open at 5:00 p.m. and the excitement kicks off at 8:00 p.m.  Tickets will be available for purchase in person.  For more information, dial 252-771-5151 or visit online at dixielandspeedway.net.

Dixieland Speedway is northeastern North Carolina’s premier action track.  The 3/8-mile dirt oval has hosted exciting Friday night racing since 1983.  Long straightaways and tight turns lead to intense on-track action.  The clay track is 55 feet wide and turns one and two are banked at 12 degrees, while turns three and four are eight-degrees.  Race fans from all over the region have come to witness spectacular side by side racing through the years.  The family-friendly facility offers something for everyone as on-track action keeps fans on the edge of their seats all night long.  Refreshment and souvenir stands are on site.  Tickets for all events are available for purchase in person.  Don’t miss your chance to see why they call Dixieland, the track that started it all. To learn more, visit dixielandspeedway.net or follow Dixieland Speedway on Facebook (Dixieland Speedway), Twitter (@DixielandSpdwy) and Instagram (@dixielandspeedway).  Information by phone, dial 252-771-5151.  Dixieland Speedway is located at 1520 Northside Road in Elizabeth City.