Shawn Balluzzo Doubles Down at Langley Speedway; $1,000 Balluzzo Bounty Still on the Line 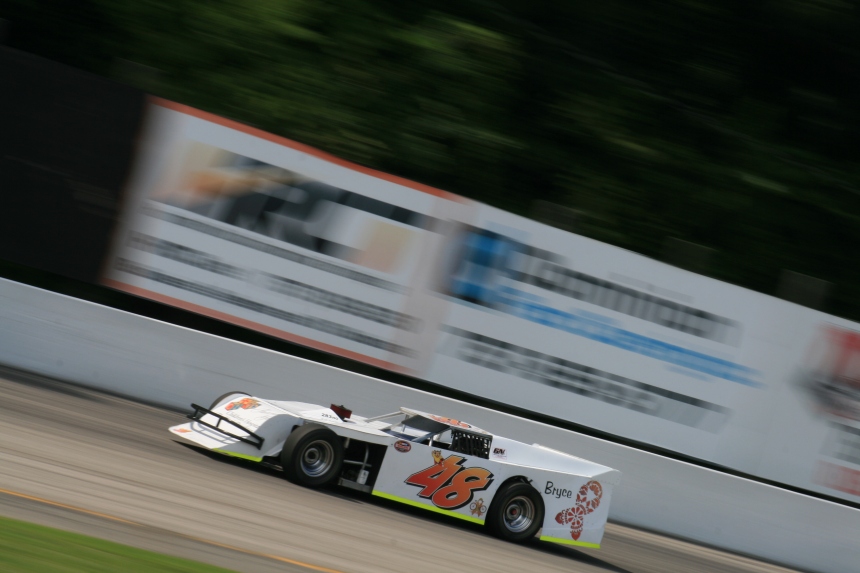 Hampton, VA– Shawn Balluzzo was once again big man on campus earlier in the afternoon during qualifying time trials when he laid down a 16.360-second (86.919 MPH) lap. Chris Johnson, who has run both Modifieds and Late Models at Langley Speedway, made the trip to Hampton with one thing on his mind; Bounty Hunting. Running Southside Speedway’s regular Adam Medek’s No. 29, Johnson was more than two-tenths of a second slower than Balluzzo as he earned the ability to start to Shawn’s outside.

Balluzzo did what he does best when Shane Snider let the field go out of turn four as the sun started to set over turn three; lead the race. Balluzzo was able to clear the field on the exit of turn number two in the opening lap and never really looked back from there. Chris Johnson gave it an honest go but would develop a mechanical issue that pushed a lot of smoke from the back of his machine for most of the race. Matt Carter, who has made it his mission this year to end Balluzzo’s win streak was only able to fall into third where he ran for most of the night before Sample was able to get by. Bubba Johnston would complete the top five.

Per the NASCAR rulebook, no less than eight cars were inverted for race number two which handed the pole position over to the No. 64 of Rick Gdovic. However, he and his crew would change a right front tire between races, which regulated him to the rear of the field as well as took away his ability to take the cone and free pass. This handed the pole position over to TJ Largena while Danny Harrell lined up to his right side.

Things got a little interesting on the start of the race going into turn one as everyone tried to settle in. The first and only caution of the evening would come one lap one as Rick Gdovic ended up going around in turn three. This allowed teams the ability to take the cone for the restart. Danny Harrell and Jamie Sample elected to stay low while Chris Johnson and Bubba Johnston went high. Chris Johnson would get the better start on the outside and the lead out of two. He would only hold onto that lead for about fifteen laps, however, as Balluzzo sliced and diced his way through the field.

Once out front, and with some mechanical failures from Johnson, Balluzzo was able to cruise to his ninth victory on the season. Jamie Sample and TJ Largena both had excellent runs during the nightcap finishing second and third respectively. Bubba Johnston and Rick Gdovic rounded out the top five finishers.