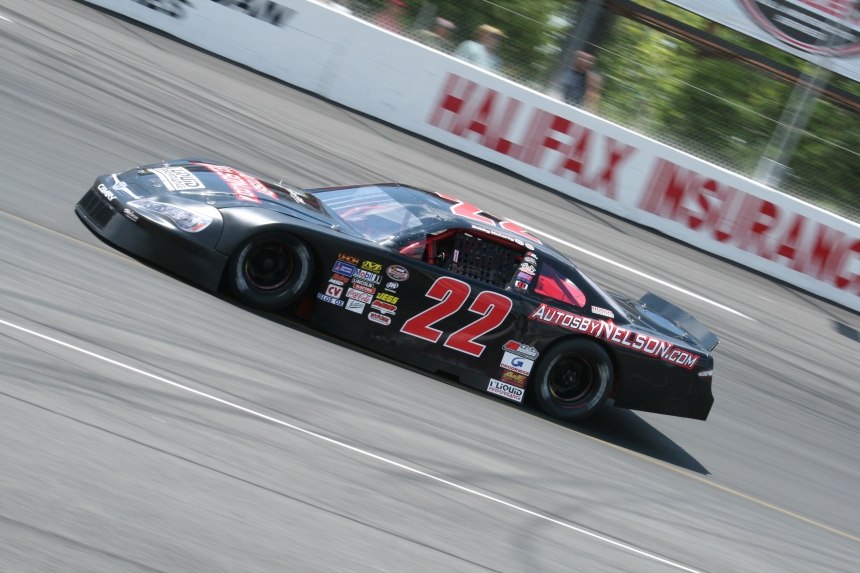 After what seems like a cold, dark, wet eternity, things are about to be right in the world again. Racing season is upon us and South Boston Speedway is ready to lead the way to green once again officially kicking off the NASCAR Whelen All-American Series in the Mid-Atlantic region. Late Model Stock Cars will headline a five-race – four-division afternoon this Saturday, March 16, 2019, with a pair of 100-lap features. Limited Sportsman are on tap for fifty laps, Pure Stocks for thirty, and Hornets will kick off the evening with a fifteen lap feature.

South Boston Speedway will see a few more rule changes this year aimed at making racers and drivers alike get more bang for their buck. One of the easier changes for fans to notice right away will be the fact that all races less than 150-laps will not count caution laps. Yup, that means every race this season but one – the 200-lapper celebrating Independence Day that will serve as the second leg of the Virginia Triple Crown – will be full green flag races.

“We do our best to always put our fans first,” said South Boston Speedway General Manager Cathy Rice. “By not counting the caution laps in races 150 laps or shorter, fans will get to enjoy more laps of racing every race. It should make race nights much more fun for everyone.”

Both the 2018 track champion and second runner-up each had good points to make while looking forward to the rule change.

“It’s going to help the fans get their money’s worth. They know they are going to get a set number of laps,” said Thomas Scott. “From a safety standpoint for the crews, if you are involved in something on the track and have to come in and change a tire or fix something, you don’t have to worry about rushing to get out without losing a lap. It’s going to make pit road safer.”

“It’s going to keep more people on the lead lap and it’s going to make the points race closer” said Sellers. “When you have trouble and pit under caution, you’re not automatically going laps down like in the past and that will tighten things up.”

One of the more “behind the scenes” changes the racers will experience that will ultimately help the fans is the addition to new engine options for the Limited Sportsman division that will help with the cost within the division. The engine combination the division has utilized for years will remain an option in 2019, with add-ons to make it competitive with the four new engines. Any of the four new engine combinations should cost less than $4,000. For a more detailed explanation head over to South Boston’s website.

For drivers making the trip, this weekend Registration opens at 9:30 AM EDT with the first car hitting the speedway for practice at 11. Grandstands will open to fans at 12:30 PM EDT. Qualifying and TWR’s LIVE coverage on Twitter is scheduled to begin at 1:00 PM EDT followed by a  2:00 PM Green Flag. See the details below for a full schedule. 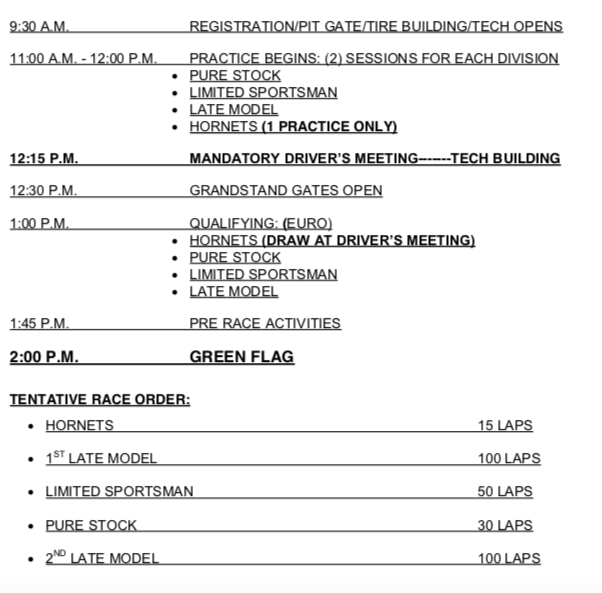