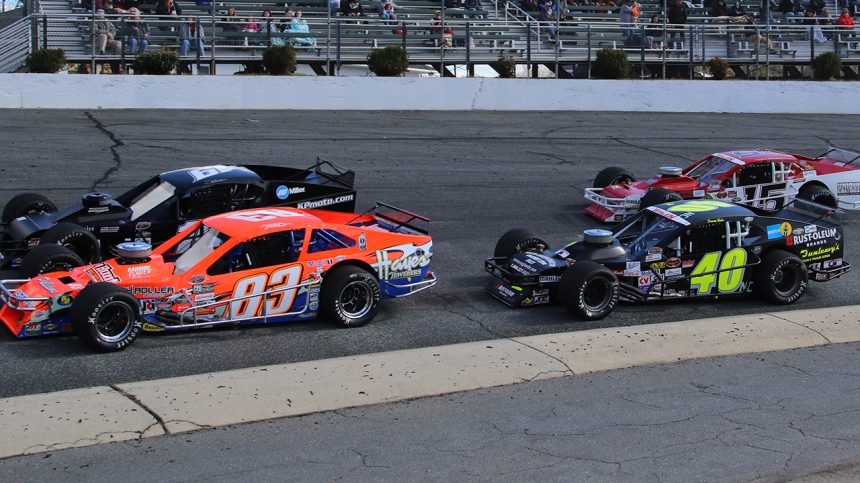 After two weekends off from the sounds of race cars, Caraway Speedway will once again roar to life for the third race of the 2018 season this Saturday, April 14th at 7pm.

The Southern Modified Racing Series (SMRS) will headline a seven division, eight-race card. The Southern Modified Racing Series will run a twin 50-lap format which will be the third and fourth race of the season for the series. To date, two Northern invaders have picked up the wins with Jon McKennedy winning the season opener at Caraway and Matt Hirshman picking up the win at Hickory two weekends ago.

The 602 Tour Modifieds will also run a 35-lap feature for their second race of the 2018 season. Robbie Brewer won the season opener several weeks back over Dean Lowder. The field for this new series is continuing to expand and should produce some great racing this weekend and in future races.

The Limited Late Models will be back in action as well. Mack Little picked up the win in the season opener with Josh Lowder winning the second race of the season. Those two drivers along with Tommy Neal and Jimmy Wallace have been mixing it up for the win in both races to date. Jeremy Clay also isn’t too far behind and could be a threat to win a race soon.

The BGS (Bowman Gray Stadium) Sportsman cars will be in action for the first time this season. These drivers will be looking to get their season started a week ahead of Bowman Gray Stadium opening up. Kevin Neal, John Holleman IV, and Mike Adams are among the expected entrants for this division. Those three alone would make for a great race but we expect a host of other BGS regulars to challenge them for the win.

The Chargers return for their first race since the season opener on March 11th with a 25-lap race. Austin Harris picked up his first career win in that race after getting spun and going to the tail of the field. He’ll have his hands full with several newcomers expected to compete in this event.

The U-Cars will be back in action for 10-laps on Saturday night as Gregory Williams looks to pick up another win. He didn’t get to go to victory lane in the season opener but after Tommy Raino was disqualified, Williams inherited the victory. Several more cars are ready now after a month off and will be ready to challenge Williams for the top spot.

Grandstands open at 5pm with racing slated to start at 7pm. Adults $20, youth 7-14 years old $5 and kids 6 and under get in free. For more information on Caraway Speedway, visit their newly redesigned website at http://www.CarawaySpeedway.com or visit them on Facebook at @caraway.speedway. You can also call the track office at 336.629.5803