Peyton Sellers Earns Fourth Win and $5,000 in Dominion Raceway’s The Big One 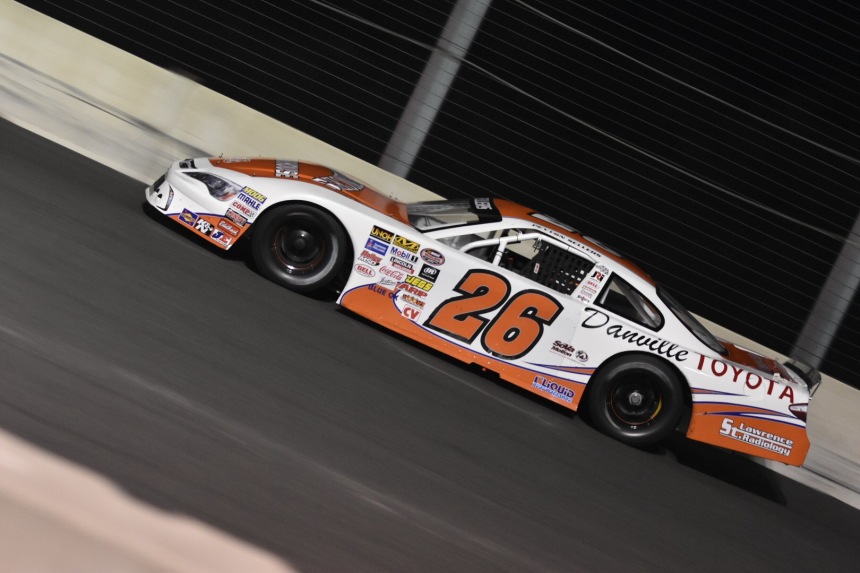 Thornburg, VA – It was a familiar name in a familiar place this past Saturday night at Dominion Raceway in Thornburg, Virginia. Peyton Sellers took home the cash and trophy as the Speedway put a cap on their 2017 NASCAR Whelen All-American Series Late Model Stock Car series. With $5,000 going to the race winner and NASCAR national points wrapped up we saw quite a few drivers from all over the region come out to play.

Sellers, who actually qualified on the pole and was forced to start from the fifth position after the invert, was up battling for the lead in under ten laps. With three wins under his belt in just six starts the Danville, Virginia driver was able to take the lead from points leader and eventual track champion, Doug Barnes, by lap thirteen and focus on setting his own pace at the front of the field.

“Barnes put enough pressure on me to be able to make me run a good straight race,” Sellers said in victory lane. “I was having to run a good conservative pace. I knew I could fire off anytime I wanted to and be okay but I didn’t know what these tires were going to do. Sometimes you would feel a little tight and then you start thinking in the back of your mind if the tires are gone.”

The 150-lap feature only saw three caution periods for Eddie Johnson, Dustin Storm, and Chandler Sherman looping their machines. Eddie Johnson, the 2017 Southside Speedway track champion, did not have luck on his side as he was involved in the evening’s first caution – granted race control felt he had some help from the No. 8 of Hughes. His misfortune continued a handful of laps later when Dustin Storm went around off of Johnson’s nose to bring out the second yellow.

Sellers made quick work of the twenty-one-car field on every restart to secure his position at the front of the field and dictate the pace.

“Honestly the car was pretty well balanced,” Sellers said when asked about getting out front and saving tires. “We were on the free side all night and I knew it was going to be a good thing as far as saving tires. If we had a lot of positive wheel into it then it was going to scrub the tire and it was not. It was pretty neutral getting in and neutral from center off.“

Coming fresh off a third-place finish in the ValleyStar Credit Union 300 at Martinsville Speedway – the first official race under the new permanent LED lights – and a track championship at South Boston Speedway here Sellers spent most of the year running on Hoosiers the former Xfinity driver seemed to be very impressed with the McCreary American Racer tires and wishes more tracks ran them to make traveling a little bit easier.

“I like the Hoosiers,” Sellers told The Weekly Racer. “But you know I like the McCreary’s evenly right now. They are really good tires. I wish more tracks would run them because it’s pretty costly to come up here and race because we have to add a muffler and buy a different tire that is not good anywhere else. That’s a big investment for us to come up here and do that. We had a good set of tires left over from the $10,000 to win race that kind of persuaded us to come back up here.”

The second place finish from Doug Barnes Jr. was enough for him to clinch the 2017 track championship over Tyler Hughes. Brenden Queen, Colin Garrett, and Tyler Hughes would round out the top five finishers.

The Big One UNOFFICIAL Results;