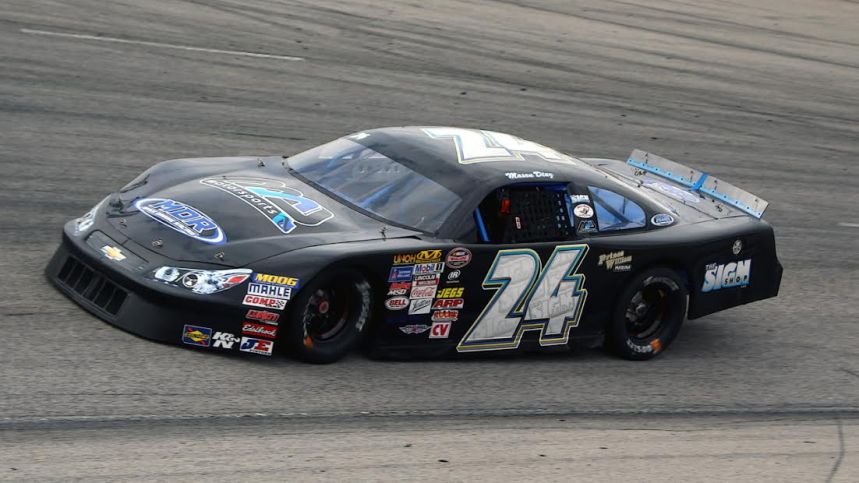 Mason Diaz picked up the biggest win of his career to date in Friday night’s Rusty Harpe Memorial at Caraway Speedway.

Diaz qualified second for the race and dominated for much of the event.  First, he got around Ryan Millington and had a big lead before a caution erased his advantage and allowed Ryan Wilson to catch up to him.  After Wilson got the lead, Diaz was able to recapture the top spot late in the race and went on to score the victory over his teammate Mike Darne.

“Mike Darne Racing gave me a good car this weekend,” Diaz said in victory lane.  “It was fast out of the box.  From the start of the race, I knew that I could really beat people and they gave me a phenomenal car this weekend.”

Diaz ran the race with a car that has been a backup car for much of the season.  He credited Mike Darne Racing for the hard work they put in at the shop which allowed Diaz to arrive at Caraway Speedway in peak performance mode.

Mason Diaz’s victory at Caraway Speedway was his fifth career Late Model Stock Car win and his first win at the 4/10-mile track in Sophia, North Carolina.  Prior to Friday, all of Diaz’s Late Model victories had come at Southern National Motorsports Park, where Diaz will race on Saturday, July 8th as he continues to rack up points in his quest for the track championship.