Posted on April 8, 2017 by Justin Kern Leave a comment 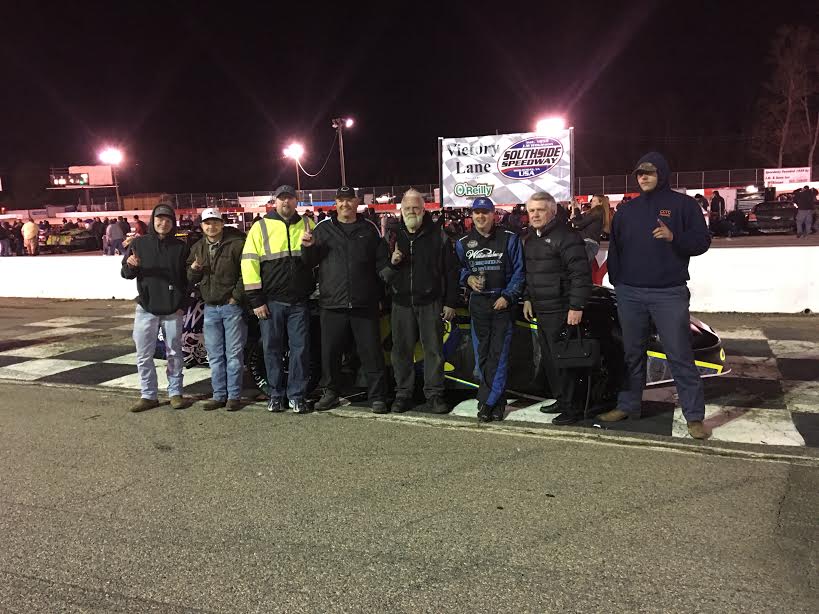 Midlothian, VA – It was a chilly Friday, April evening in the Mid-Atlantic but that did not stop the action from warming up on the racing surface. Southside Speedway, coined as the toughest short track in the south, opened its gates for their 58th season this weekend. One of the few “Outlaw” tracks in the Commonwealth that run a short track program – and by outlaw tracks we mean those who are not NASCAR sanctioned. On a second side note, for a complete list of race tracks in Virginia and their schedule, head over to the brand new website, www.racingvirgnia.com, powered by Richmond International Raceway for schedules and track information.

Of course, with cooler temperatures on race day, it made for some incredibly fast lap times around the flat .333-mile flat track. So fast, in fact, the top twelve cars all recorded laps in the fourteen-second bracket during the last round of practice, which at Southside is their group qualifying session. Chris Dodson, who has dominated Southside Speedway for years now, put down the fastest time of the afternoon recording a 14.591 (82.234 mph) second lap. Mason Bailey, who only ran a handful of races last year in the Late Model division while winning the Modified championship, was second fastest. Keeping with the rookie them, Lane Janosik, a staple of the Grandstock division, recorded the third fastest time followed Bugs Hairfield and Grayson Cullather to round out the top five. However, because Southside uses an invert system, Dodson drew a three which handed the front row over to Bailey and Janosik.When the green flag waved Janosik found himself in trouble early with a big slip out of turn two. Had to chase the car up and down the track but kept it straight and off the wall but would lose plenty of positions in the mean time. This would allow Bailey to have

When the green flag waved Janosik found himself in trouble early with a big slip out of turn two. Had to chase the car up and down the track but kept it straight and off the wall but would lose plenty of positions in the mean time. This would allow Bailey to have the sole procession of the lead on lap one with Dodson right in his tracks. The race was slowed a couple times early for cars spinning and such which put a halt to some great racing between rookie and veteran drivers.

Two of the night’s cautions came from the debris off the #43 of Eddie Johnson. Once in turn two and finally in turn three. Sections of Johnson’s nose cone had fallen off the car due to some hard racing through the tight corners of Southside. The damage did not seem to slow the car down however as Johnson was able to drive home to a top five finish. Bugs Hairfield ran into a couple issues throughout the night’s 40-lap feature. Once from a spin in four after racing Cullather hard and second after a small pile up, in turn, two around after the halfway point with several cars. The second spin looked to be the final straw that broke the camels back for Hairfield.

With cautions come restarts and with the cone restart rule in effect at Southside it set up for some interesting restarts. Bailey was the control car for most of the restarts trying to do everything he could to get away from Dodson to run his line. A couple times, from our vantage point and just our opinion, it looked like Bailey was playing games with Dodson trying to get any advantage he could. Bailey would eventually relinquish the lead to Dodson after a small slip out of two and that was about all she wrote for the zero car.

The racing really started to get good behind the leader however with Cullather and Brock coming on strong towards the end of the race. It seemed like Brock had a little bit more tire and used the topside on a restart to his advantage to take the third spot. He was able to catch the bumper of Bailey and initiate a battle for the second position just ran out of laps. Grayson Cullather was able to hang onto the fourth spot while Eddie Johnson finished fifth. 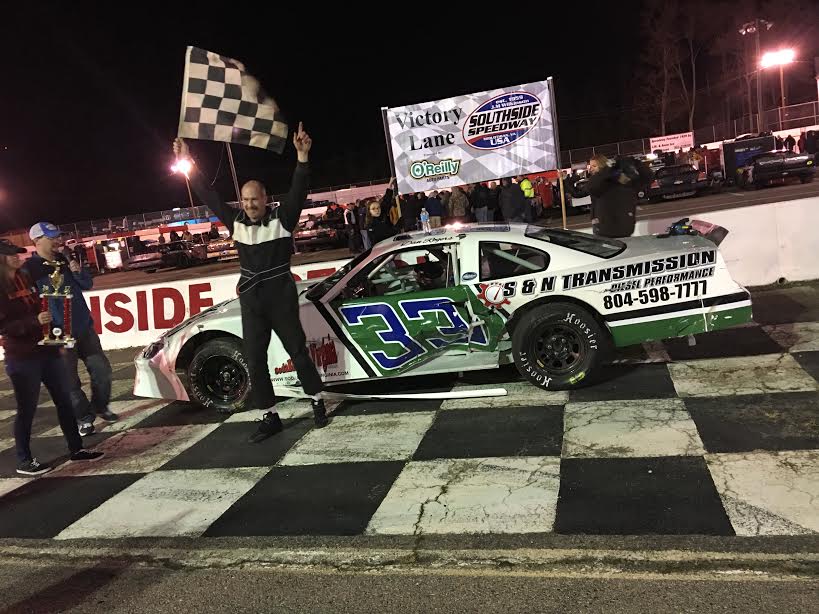 Dan Rogers was your winner in the 30-lap Grandstock feature from the outside pole position on the grid. Rogers was the fastest car in qualifying early in the afternoon with a time of 15.826 (75.817 mph). Things were not made easy for Rogers who ended up with some pretty extensive left side damage after contact with several cars, in turn, one at the drop of the green flag.

Where we were sitting the in press box we were not able to see the entry of turn one but when we caught the cars going into two Rogers, who started the race on the outside pole due to the invert, and Austin Dodge were dirt tracking it through the corner with Bobby Curtis powering through them down on the apron. Race control through the caution as things looked to get bad, luckily all cars were able to drive away and return to the race. A complete restart was ordered from the tower.

The contact would benefit Mark Simpson who would lead the race for several laps. That is until Rogers was able to get to his bumper and get around him on lap twelve. Austin Dodge was the night’s biggest mover, as hard as that is to believe, after driving back to the top five with ten laps to go. Ruggles was also able to catch and pass the #36 machine of Mark Simpson who just honestly looked like he ran out of tire. Dodge was also able to get by to grab a podium finish on opening night after his night looked to be over before lap one was on the board.

Michael Chapman was your winner in the 25-lap UCAR feature over Trevor Stinson, Alex Ayers, Jamie Hite and Beejay Anderson. 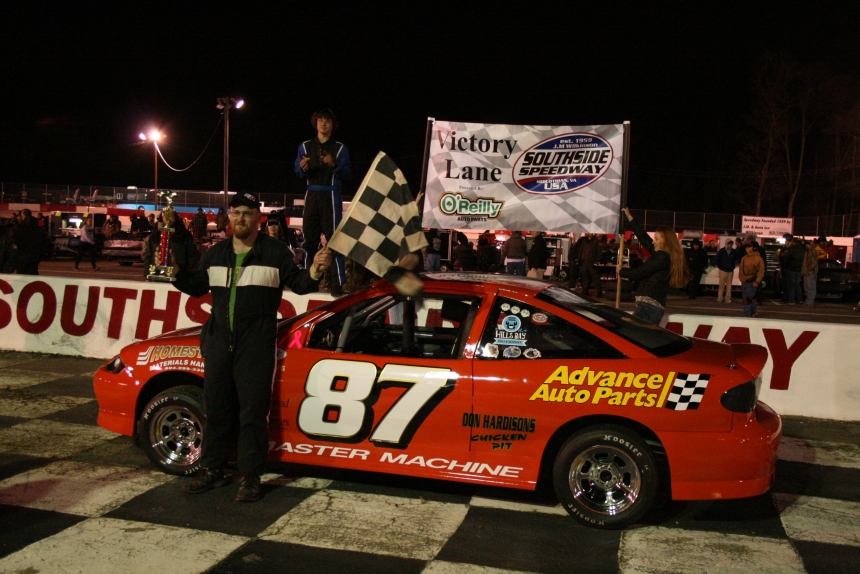 Michael Chapman wins first UCAR race of the 2017 season at Southside Speedway. Excited to be in a really fast car. (Justin Kern/TheWeeklyRacer.com)