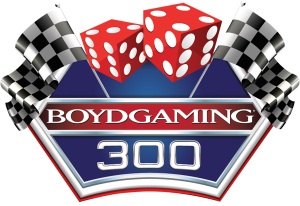 Following an exciting season launch at Daytona and Atlanta, drivers will take in the sights and sounds of the West Coast in conjunction with Whistle Sports and popular social influencers, including Frisbee trick shot artist Brodie Smith, the Harlem Globetrotters and acrobatic fitness couple Austin and Julian.

In preparation for race days, NASCAR fans can follow the drivers along their off-track adventures on Snapchat and Instagram, and across all social media platforms using #NASCARGoesWest.

“NASCAR fans love seeing their favorite drivers out of their element, having fun outside of the race car,” said Jill Gregory, NASCAR senior vice president and chief marketing officer. “NASCAR Goes West is about capturing the adventurous spirit of our drivers as excitement builds for the incredible NASCAR racing at Las Vegas, Phoenix and Auto Club.”

Toyota helped kick off NASCAR Goes West with the launch of a three-week road trip highlighting the uniqueness of the southwest as well as various activities involving several of the Toyota drivers. Fans can also follow along through the @ToyotaRacing social media platforms along with daily updates on ToyotaRacing.com.

NASCAR and Whistle Sports will share content leading up to each race weekend as Monster Energy NASCAR Cup Series™ and NASCAR XFINITY Series™ drivers put their trick-shot skills to the test with Brodie Smith, play hoops with the Harlem Globetrotters, and work out with fitness experts Austin and Julian.

Additionally, popular Hispanic influencers Jay Mendoza and David Lopez will create videos from the race tracks, providing their followers with a behind-the-scenes look at what it’s like to experience a NASCAR race weekend live and in person.

Throughout the campaign, unique and compelling NASCAR Goes West content from drivers, teams and tracks will be amplified across NASCAR social media platforms.

Tickets to NASCAR national series events are available at NASCAR.com/tickets.