Posted on December 13, 2016 by Justin Kern Leave a comment 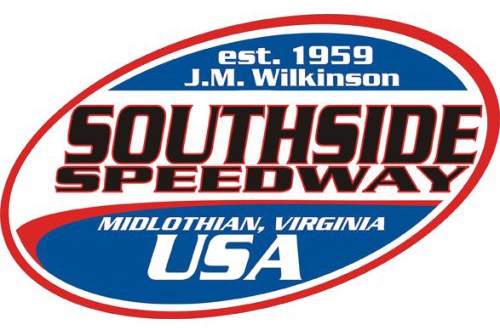 Southside Speedway, which has been coined the “Toughest Short Track in the South,” will open its gates to competitors and race fans for the 58th season the second weekend of April 2017. The family-owned track located in Chesterfield, Virginia will continue to operate on Friday nights hosting twelve events over the summer from April through August. Two dates are still up in the air for Southside Speedway during the month of June, however, it has been confirmed the track will only run one of those nights, not both.

Speaking with co-race director Chris Stefi, it appears there will be no major changes to the divisions or rules packages going into 2017. “I don’t expect any major rule changes,” Stefi told The Weekly Racer once the schedule was released. “We are still trying to work on a few details and some things to come in 2017.” Late Models will continue to be the tracks “premier” division so to speak as they will continue to run as an outlaw facility – in other words not under the NASCAR banner. A point, that some will argue, would actually hurt local short track running in the Mid-Atlantic region. We on the other hand here at The Weekly Racer can prove that to be a myth as Southside had some of the better car counts throughout the region running on Friday nights.

The open wheel modifieds should also be making their return to Southside Speedway in 2017 where there will be room for a new champion. The Weekly Racer confirmed with 2016 Modified champion Mason Mailey that he will, in fact, be making his return to Southside next year, however, just not in the modified division. “We will be returning to Southside Speedway next year for sure,” Bailey said. “We are building a new car and will be out there all season to make Chris Dodson defend his track championship.”

Of course, your other support divisions like the Grandstocks, UCAR, Legends and Bando’s are all expected to return to the Friday night schedule. Grandstands look to open at 6:00 PM, just as qualifying is set to get underway, during the 2017 campaign with the green flag set to wave on the first feature at 7:30 PM. Track management has built in three rain dates throughout the season just in case, those dates will be April 14, July 17 and August 11. For more details on tickets or how to register to race please visit the track’s website at http://www.southsidespeedway.net