ValleyStar Credit Union 300 to Have New Format in 2016 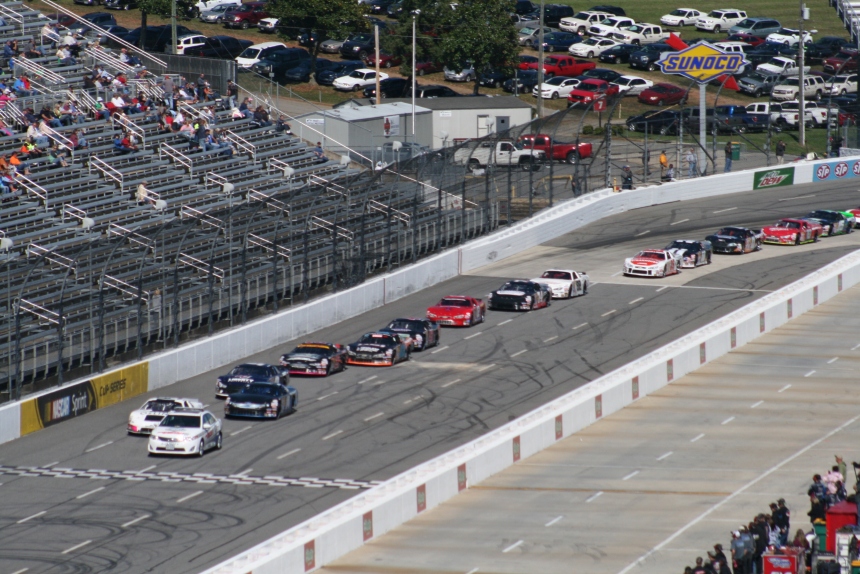 The ValleyStar Credit Union 300 at Martinsville Speedway on October 16 will have a new format in 2016, Track President Clay Campbell announced Friday.

The 200 lap feature race will include two competition cautions, one at lap 100 and one at lap 175. During the first stop, cars will be lined up on pit road and allowed to take fuel only, no other adjustments to the cars are allowed. There will also be a blind-draw invert for the cars running in the top-10.

On the second stop, teams will be allowed to change four tires and make any adjustments needed to their cars.

“Ever since we started this race, we’ve been tweaking the format to improve the racing,” Campbell said. “By stopping at lap 100 we’re ensuring fuel doesn’t become an issue for teams and we’re getting back to a true halfway break.

“By allowing teams to take tires and make adjustments at lap 175, I think we’re setting up for a great finish. It should improve the racing throughout the race, as drivers won’t have to worry about saving tires for the end.”

When the field stops for the halfway break, the leader will be awarded the $2,000 Clarence’s Steakhouse Award.

The ValleyStar Credit Union 300 is NASCAR’s biggest, richest and most prestigious Late Model Stock Car race. It pays $25,000 to win and regularly sees more than 75 teams show up to make the 40 car field. The winner also takes home an iconic grandfather clock trophy.

The day starts with three 25 lap heat races and a 25 lap “last chance race” to set the field, followed by the 200 lap feature.

General Admission grandstand seating is $30 for adults and $5 for youth 12-and-under.

Tickets can be purchased by calling 877.RACE.TIX or online at www.martinsvillespeedway.com.