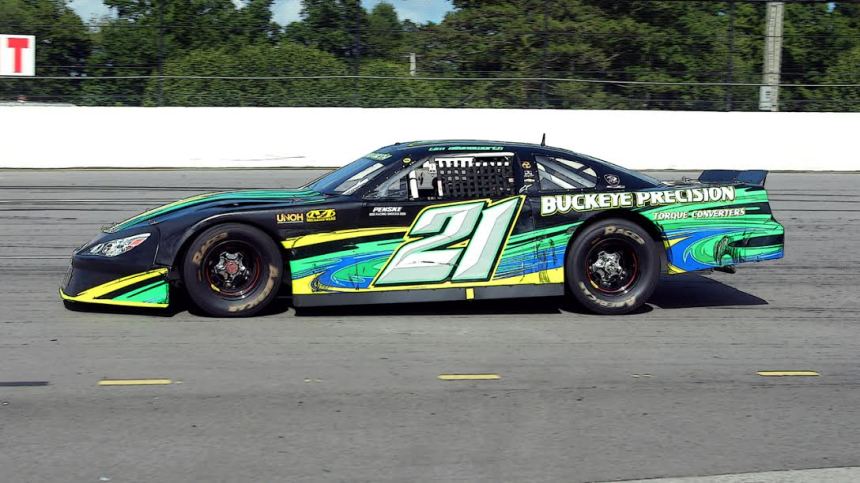 SWANSBORO, NC – After a rainy Fourth of July weekend which forced the cancellation of Saturday night’s Firecracker Clash, racing is set to resume on Wednesday night at Carteret County Speedway.

The Stevenson Chevrolet Shootout is a rare weeknight event and will boast the strongest car count of the season so far.  A $2,000-to-win, 75 lap Late Model race will see a strong field of cars chase victory.

Tim Allensworth made his first ever Carteret County Speedway start back in June and, with limited practice time, recorded a third place finish.

Allensworth, who finished second in points at Dillon Motor Speedway in South Carolina in 2014, will be another favorite for the win on Wednesday night.  The veteran racer from Wilmington, North Carolina likes the tires, has his car where he wants it and expects to win on Wednesday.

“We don’t show up to run second,” Allensworth said.  “Everyone who shows up expects to win and thinks they can when they unload.  We got the car dialed in Saturday and looking forward to the race.  Disappointed we didn’t get to run on Sunday but can’t control Mother Nature.”

Matthews scored his first career Late Model victory at East Carolina last year and scored a win at Southern National earlier this year.  He recorded some fast laps in an open practice on Saturday ahead of the washed out Firecracker Clash and could be a factor on Wednesday night.

“Big Jim” Kelley has failed to finish a race this year.  Mechanical problems have sidelined the veteran racer in both Carteret County Speedway races.

The Newport, North Carolina racer who is chasing his 198th win failed to start in the season opener on April 30th because of mechanical issues.  Mechanical issues again took him out of contention on June 18th while he was having a strong run and looked to be a contender for the win.

Kelley feels he can get a win if he can turn his luck around and looks to do just that on Wednesday night.

Gates will open for competitors on Wednesday evening at 4pm and practice will begin at 5pm.  Spectator gates will open at 3pm.  Qualifying is set to get underway at 6pm.  The green flag will wave on the Stevenson Chevrolet Shootout at 7:15pm.

Ticket prices are $15 for adults and $5 for kids five and under.  Pit passes are available for competitors and fans for $25.

Carteret County Speedway hosted another classic duel between Chris Burns and Joshua Yeoman in the Late Model division back on June 18th but this time, it was Yeoman who would prevail.

Yeoman spun from the lead early in the race but raced his way back through the field, passing Burns with 10 laps to go to score his first career Late Model victory.  Burns went on to finish second and Tim Allensworth finished third in his Carteret County debut.

United States Marine Corps. Gunnery Sargeant Zac Reimer inherited the lead in the U-CAR race after James Stroud and Travis Miller got together.  Reimer went on to win the race while Miller and Stroud expressed their differences with each other.

Dillon Spain won in the Legends division, Michael Rouse picked up his second consecutive win in the Mini-Stock division and Jesse Council won in the Street Stock division.

Carteret County Speedway will host the Beach Music Bash Under the Stars on Saturday, July 9th from 6pm-11pm.  The concert will be headlined by the Fantastic Shakers and Jim Quick and the Coastline Band.