Drivers and crews will have to wait just one more day to hit the high banks of Southern National to kick off the 2016 season. Tour officials have made the call to push the date back to Sunday, April 3rd due to the threat of rain on Saturday. With 70-80% chance of rain in the region for Saturday and no rain in the forecast for Sunday, pretty sure tour officials mad the right call in this case. No one likes to play the rain game on race day. Details for this weekends event can be found bellow as well on the CARS Tour website www.carsracingtour.com

Defending SLM champion and race winner Cole Timm is just one of the drivers who have pre-registered for the event and has to be the odds on favorite to win the race. Though Southern National was the only win for Timm in 2015 he showed strength throughout the entire tour by winning three poles and eventually winning the inaugural points championship. However, Timm will have quite the field of drivers to worry about this weekend, one being Brandon Setzer. If memory serves me correctly, Setzer is the most recent SLM driver to win at Souther National after dominating the Thanksgiving Classic this past November. In addition drivers like Quin Hoff, Harrison & Jeb Burton, Tyler Ankrum, and Dalton Sargent have all registered and poised to find themselves in victory lane.

END_OF_DOCUMENT_TOKEN_TO_BE_REPLACED

MIDLOTHIAN, VA – Southside Speedway, the “Toughest Short Track in the South,” opens for the 2016 race season on Friday, April 1. The only track on our schedule that does not run under the NASCAR banner will open its doors this season for its fifty-seventh year of operation. Since 1959, Southside Speedway has been a fixture in Chesterfield County.

This season the Late Model division continues to grow at Southside Speedway with about thirty cars registered and nine new rookies making up a field that will be amazing to watch every race. Of the nine rookies, driver #5 Michelle Willingham, former UCAR Division Champion, will take the field for the first time as a Late Model driver, along with #99 Daniel Thomas, also a former UCAR and Grand Stock driver at Southside Speedway. Other rookie standouts include fifteen-year-old Grayson Cullather, former UCAR driver, and fifteen year old Cole Walker. This season the Late Models are increasing the number of laps run from 30 laps to 40 laps each race.

END_OF_DOCUMENT_TOKEN_TO_BE_REPLACED 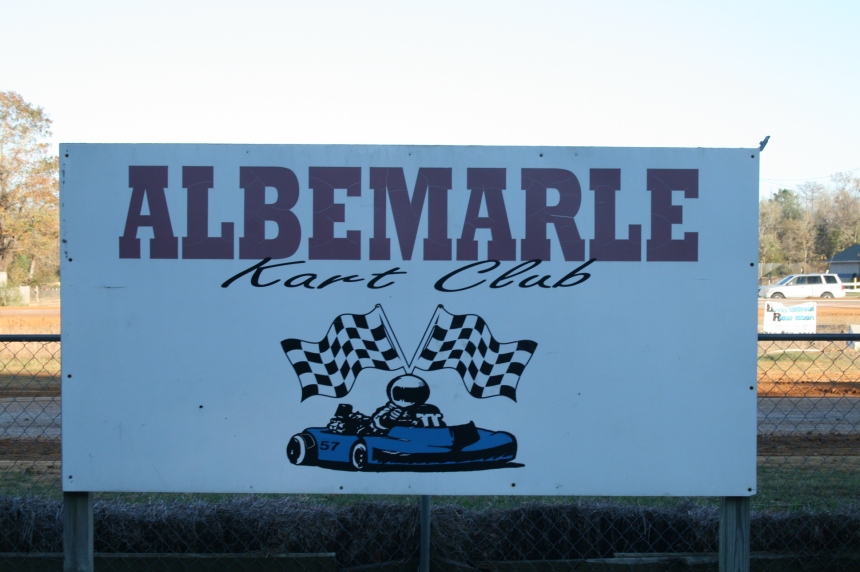 Elizabeth City, NC – Just in time for the warm weather to start creeping into the picture, it is time to start blowing the dirt off the ole kart. Not that it will really matter too much because they are all going to dirty again. Kart counts are expected to be higher than average this weekend as this is the first time the weather has really cooperated enough for drivers to get out and scuff tires and shake down new karts.

Couple changes and new additions for the 2016 season. For one, and probably the biggest, fresh layer of clay for the slightly banked 1/5th mile speedway. Second is a move by management to honor a young man who was very involved in Champ Kart racing in the region. The Champ Kart division, for the 2016 season, will be named the Dylan Brockwell Sr. Champ division. In addition, both the concession stand and sign in office received some fresh paint.

Albemarle will again host two VDKA state races this season along with their regular points night. Club President, Doug Johnson, returned to the helm yet again this year with a unanimous vote from the board. Johnson had worked over the off season with his tech officials to form a Limited Champ class, however, no official word has been made yet if that will lift off this season.

The Weekly Racer is putting a plan in motion for the 2016 season to bring you more of these races. The last year we have been involved in the Dirt Kart scene we have seen some of the best racing in the three years we have been doing this. As we are still learning this type of racing we ask for some patience learning classes, rules, and drivers. Due to the nature of the racing, size of tracks and number of laps, LIVE lap-by-lap coverage is almost impossible. However, we will work on doing post race coverage and interviews. We need your help though this year! We want to know who you want follow! Give us a follow on our social media outlets – both Facebook & Twitter – and let us know what classes you would like info on and we will do out best to bring that to you the weekends we get our hands dirty.

END_OF_DOCUMENT_TOKEN_TO_BE_REPLACED

Lacuama, NC – The 5th Annual Mischa Sell Memorial Limited Late Model Race will be held on the high banks of Southern National Motorsports Park on October 8, 2016. This annual event is one of the largest and most prestigious events for the limited late model class in the entire nation. This year’s event has a new home at the Lucama NC (Kenly) 4/10 mile High Bank track.  The previous 4 contests were held at Ace Speedway in Altamahaw NC.

This annual race attracts some of the  best limited drivers, and some great late model drivers in the southeast.  The promoter David Sell explains the move. “By moving this event east 90 miles to a larger track, we should see most of our 30+ competitors back, along with an influx of drivers who have never participated in the event,” promotor David Sell says. “My relationship with Southern National owner Michael Diaz has been a good one through the years and his excitement  to bring this event east made it an easy choice.”

You can find all rules information and driver entry forms on the event website www.sellmemorialrace.com 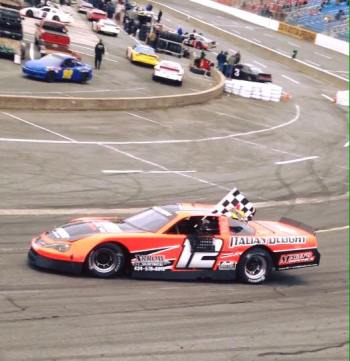 Thaxton grabbed the lead on the final restart that set up a two-lap dash to the finish, and was just ahead of Pulliam and Sellers when they got together and crashed in the fourth turn as they headed to the checkered flag.

Defending South Boston Speedway Champion Matt Bowling of Ridgeway, Virginia, who was running fourth, ducked around the spinning cars of Pulliam and Sellers and followed Thaxton across the finish line to take second place.

Thaxton’s victory, his first of the season at America’s Hometown Track, came by a scant .573-second. He led 59 laps of the race that had to be extended to 101 laps to make the green-white-checker finish.

“I was pretty happy, but at the same time it was a pretty tough pill to swallow because I felt like that (three wins) was what it should be right now,” Thaxton said after winning Saturday night’s Late Model Stock 100-lap feature at South Boston. “Hopefully we’ll make up for it through the rest of the season. Last week I was very disappointed. I felt like we were in contention to win both races, really. Matt had a little better car than we did, but we were in front of him in both races. He was going to have to wreck us or pass us in the second race, but then he played his cards right and got by with the help of a lap car.”

“We had a green-white-checkered. When the caution came out I said ‘this is not what I want to see,’ but when I realized Lee was running second, I figured it was going to be a good race. When we got to three and four, my spotter said ‘they’re wrecking behind you, come on to me’.”

“I felt like I let a lot of people down last year,” said Thaxton, who is sponsored by Fallen Trucking, Italian Delight Family Restaurant, A & E Race Cars, Kowalsky Motors and Minceys Graphics. “I’ve been racing long enough I should be winning races. I didn’t want to let the team down anymore. This winter I said this is what we are going to do and how we are going to do it. Now I’ve got to keep it rolling in this same direction.”