iRacing To Host 2nd Annual 24 Hours of Daytona: How Sim Race Is Like Real Race

Posted on January 22, 2016 by Justin Kern Leave a comment 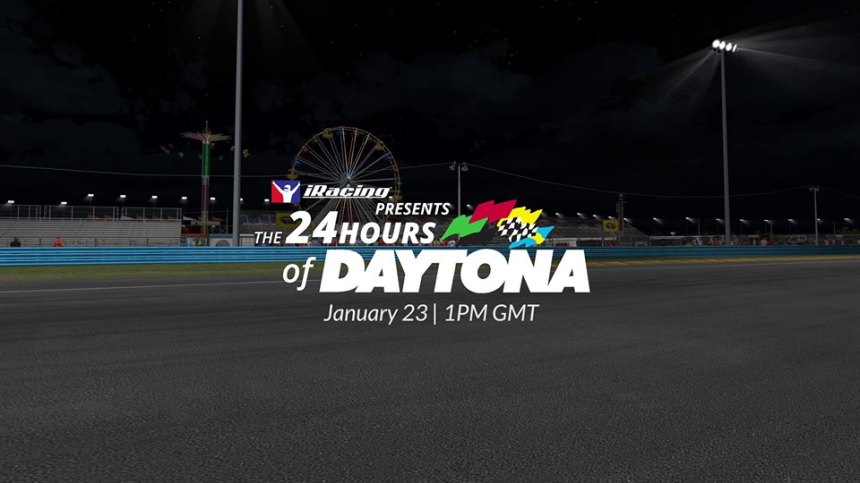 Every year the Rolex 24 Hours of Daytona is the first official, major race of the new year. If you have never watched the race it is something that I highly recommend doing. It’s something you don’t have to block off your entire day to watch, watch some during the morning when you wake up, hit the town for some errands, watch some more in the afternoon, have a fun time out on a Saturday, come back home and watch some more!

For the second year in a row iRacing.com, the worlds premier online racing game, will host its rendition of the famed 24-hour endurance race. In 2015 the service was proud to boast its new Team Driving option. Drivers from all over the world really can come together and race one car on multiple different computers, all running for the same goal – the checkered flag. 2016 is no stranger to new additions, as the sim racing company is always working to improve their product. This year teams will run the night setting at Daytona, which has already caused a learning curve adapting to cold tires. This year will also feature the new Corvette C7 Prototype for the races top tier division.

The Weekly Racer again has the privilege of not only running this year’s race, along with returning teammates; Brenden Queen (LMSC Driver), Charlie Alexander (King Charles Photography), and my father Mickey Kern, but also being one of the primary sponsors on the car. This year the team has added one hell of a driver/team owner, South Carolina’s own Steven Burnett. Owner of Excel Sim Racing, Burnett has spent most of, if not all of his time as an oval racer but has shown early in testing he will be one of the major driving forces for the team. 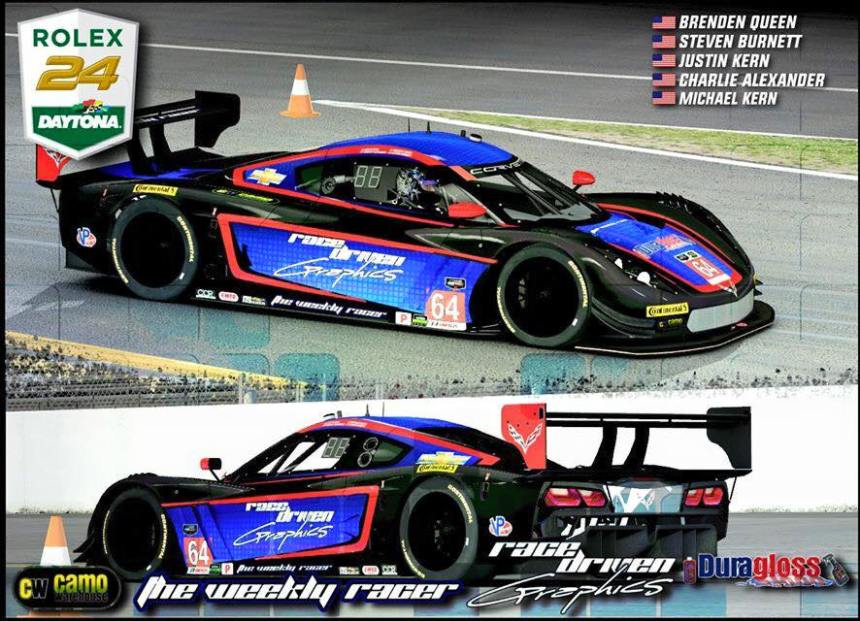 That’s right folks we said testing! Everyone from the best of the best (Pro Ranked drivers), down to those who are still working as you read this story to get their D Class license, have been testing for weeks now, if not a full month, all for this one race. For those of you who may not follow iRacing as much as the other person, much like any game they use a ranking system. You earn your ranking pretty much by your performance on the track. The more time and the better you are, the higher chances at being ranked as a pro.

Simulation or not, the parallels between this “game” and real life are uncanny. With the exception of the multiple’s of millions of dollars some of these race teams spend, and the amount of entries for the race, you would be surprised on how much the two are alike. Lets take a look at equipment for example. Teams spend most of their funds on preparing fast, dependable and quality cars to hold up running for 24 hours straight. Scale that back for us iRacers and we have to make sure we have fast, durable and quality PC’s to run this service and all of its other players for 24 hours. As sim racers there are hundreds of wheel and pedal options out there, some rather costly, that guys or gals will buy to ensure a smoother run. 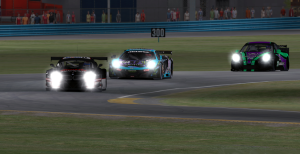 Still not convinced? What about mechanical failures, teams run into these prior to the event in testing. Allows teams to see where their car may have been lacking. The same is true in the sim racing community. Take Excell Sim Racing for example, both drivers experienced what would be called mechanical failures, Justin Kern with a CPU that was slowly making its way out the door, to Steven Burnett having a graphics card go out. Front man Brenden Queen battled with steering wheel issues in the week leading up to the featured event. All the same things that could happen to the real teams down at Daytona in the practice leading up the race.

Teams were formed, and driver schedules created weeks ago all preparing to hit the track with, in iRacing’s case, 43 other drivers in multiple splits, all turning laps at the same time. Just like the drivers in real life, hours upon hours were put into finding your line, practicing your pit stops and driver changes, and finding where you can make the pass! Prototype and GT3 drivers will have to learn to work together while racing each other to help ensure their car is there at the end. Goes back to the age old saying; “To finish first, you must first finish.”

Five drivers, from literally all walks of life – Truck Driver, Law Enforcement, Property Manager, Short Track Driver, and Aspiring US Military Officer – will come together under one banner, driving one car,

going for one win! The simulated 24 Hours of Daytona has all of us drivers hyped up the night before to get this 2016 racing season under way just like the real pros. We will have periodic updates through out the day and night of our progress throughout the entire event – don’t worry we wont blow your time line up with lap by lap coverage – just enough to show support to those companies who have helped us out and keep you racing enthusiast entertained in case you live on the eastern seaboard and the weather keeps you in the house.

The race will kick off tomorrow morning, January 23rd at 8:00 AM EST. If you are following along make sure you take a look at our Twitter feed as well as our Facebook page for video, photos, and general updates as we attempt to tame the 24 Hours of Daytona. Don’t forget to also take a look at our team page Excel Sim Racing, to follow along and get inside stories from the drivers.