Eligible Drivers and Format Announced for 2016 Sprint Unlimited at Daytona

Posted on January 11, 2016 by Justin Kern Leave a comment 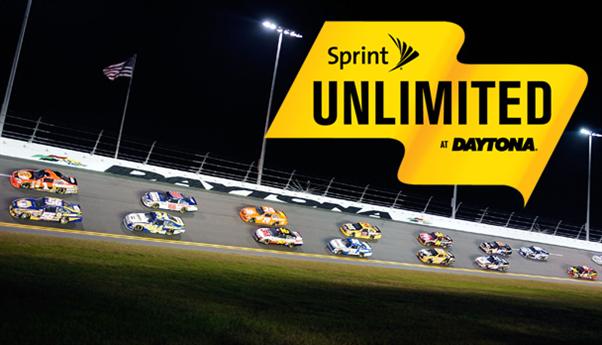 The event, which will be broadcast live on FOX, Motor Racing Network and SiriusXM NASCAR Radio, marks the first NASCAR Sprint Cup Series race following the completion of DAYTONA Rising, the $400 million frontstretch redevelopment project that has transformed Daytona International Speedway into the first motorsports stadium in the world.

“We’re ready to go,” said NASCAR Executive Vice President and Chief Racing Development Officer Steve O’Donnell. “The anticipation for this season, this event and this venue is unprecedented. We are excited how the new stadium will provide a state-of-the-art showcase for the brightest stars of the NASCAR Sprint Cup Series.”

Once again, the non-points event will be split into two segments with a competition caution at lap 25 separating the segments. A popular element introduced before the 2015 event returns this year: select fans will be paired with each crew chief for a random drawing to determine starting and pit road positions. The drawings will take place on Friday, Feb. 12 at the Alert Today Florida Stage inside the Sprint FANZONE beginning at 3:30 p.m.

If an eligible driver does not enter the race, the open position will be filled based on 2015 NASCAR Sprint Cup Series championship driver points. The first five provisional drivers are Casey Mears, Ricky Stenhouse Jr., Sam Hornish Jr., David Ragan and Trevor Bayne.

Tickets for the Sprint Unlimited are available online at DaytonaInternationalSpeedway.com or by calling 1-800-PITSHOP. Fans can follow @NASCAR and @MissSprintCup on Twitter to engage in the #SprintUnlimited conversation.

Sprint (NYSE: S) is a communications services company that creates more and better ways to connect its customers to the things they care about most. Sprint served more than 58.6 million connections as of Sept. 30, 2015, and is widely recognized for developing, engineering and deploying innovative technologies, including the first wireless 4G service from a national carrier in the United States; leading no-contract brands including Virgin Mobile USA, Boost Mobile, and Assurance Wireless; instant national and international push-to-talk capabilities; and a global Tier 1 Internet backbone. Sprint has been named to the Dow Jones Sustainability Index (DJSI) North America for the past five years. You can learn more and visit Sprint atwww.sprint.com or www.facebook.com/sprint and www.twitter.com/sprint.