Posted on January 7, 2016 by Justin Kern Leave a comment 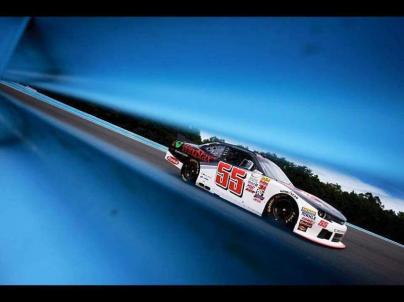 China Grove, N.C. – Fresh off the heels of a breakthrough 2015 NASCAR season, Precision Performance Motorsports (PPM) has been hard at work building a fleet of NASCAR XFINITY and K&N Pro Series East cars, improving their new facility in North Carolina, and preparing for the 2016 season. With 11 XFINITY Series cars and five K&N Pro Series East cars, equipment and talented people, PPM plans to further progress both programs in the upcoming year.

PPM has laid the groundwork to build a customizable program around each driver to match their particular needs. A developing driver can progress from the Whelen All-American Series, through the K&N Pro Series and into the XFINITY Series with PPM.

PPM’s history in the NASCAR K&N Pro Series East dates back to 2011 debuting with driver Brandon Gdovic. Since then, the team has earned 28 top-10 finishes, 13 top-fives, and a win with multiple drivers. Much of the 2015 season was spent improving the K&N program in preparation for 2016 including personnel and equipment.

PPM made their debut in the NASCAR XFINITY Series at Watkins Glen International with rookie Brandon Gdovic behind the wheel. In Gdovic’s first-ever trip to a NASCAR road course, the team posted a 13th-place finish, besting many veteran teams and drivers. PPM went on to exceed expectations in the final two races of the season with rookie driver Anthony Kumpen, the 2014 NASCAR Whelen Euro Series Champion.

“We have a unique driver development program that includes competition in three levels of NASCAR,” said PPM general manager and K&N Pro Series crew chief, Charles Denike. “We compete in the NASCAR Whelen All-American Series with asphalt modifieds and late models out of our Gloucester, VA race shop, and in the K&N Pro Series and XFINITY series out of our China Grove, NC race shop. We are one of the few teams that exist that can develop a driver from the local level, through the regional touring series, into the national touring series”.

For additional information on opportunities available for funded drivers at Precision Performance Motorsports, contact Charles Denike at Charles@ppm646.com or at 704-314-4955.