Posted on January 29, 2016 by Justin Kern Leave a comment

SOUTH BOSTON, VA – The winter of change keeps rolling along at South Boston Speedway with fans and drivers again the big beneficiary. Track officials announced today that a passing points system will be in place for all divisions when the 2016 season cranks up on March 12.

Simply put, drivers will receive points for each position gained during a race and they will have the option to put themselves in position to pass a lot of cars and pick up maximum points.

The passing points system will also result in a Hard-Charger Award in each division at the end of the season with a bonus payout to division winners. The Late Model Hard-Charger Award will be $2,500; the Limited $1,000; the Modified $750; the Pure Stock $500 and the Hornets $250.

“We believe this new system will make racing at South Boston much more exciting in 2016 and at the same time provide drivers a chance to earn an extra bonus at the end of the year,” said Cathy Rice, general manager of South Boston Speedway. “We’ve spent the off season working on new ideas that will improve the racing and help the drivers and teams with expenses. We believe this is another good step in that direction.”

Early this winter the track announced rule changes that included limiting tire purchases per event and weight and engine allowances that would permit Limited cars to race in the Late Model division when the schedule allowed.

END_OF_DOCUMENT_TOKEN_TO_BE_REPLACED

iRacing To Host 2nd Annual 24 Hours of Daytona: How Sim Race Is Like Real Race

Posted on January 22, 2016 by Justin Kern Leave a comment

Every year the Rolex 24 Hours of Daytona is the first official, major race of the new year. If you have never watched the race it is something that I highly recommend doing. It’s something you don’t have to block off your entire day to watch, watch some during the morning when you wake up, hit the town for some errands, watch some more in the afternoon, have a fun time out on a Saturday, come back home and watch some more!

For the second year in a row iRacing.com, the worlds premier online racing game, will host its rendition of the famed 24-hour endurance race. In 2015 the service was proud to boast its new Team Driving option. Drivers from all over the world really can come together and race one car on multiple different computers, all running for the same goal – the checkered flag. 2016 is no stranger to new additions, as the sim racing company is always working to improve their product. This year teams will run the night setting at Daytona, which has already caused a learning curve adapting to cold tires. This year will also feature the new Corvette C7 Prototype for the races top tier division.

The Weekly Racer again has the privilege of not only running this year’s race, along with returning teammates; Brenden Queen (LMSC Driver), Charlie Alexander (King Charles Photography), and my father Mickey Kern, but also being one of the primary sponsors on the car. This year the team has added one hell of a driver/team owner, South Carolina’s own Steven Burnett. Owner of Excel Sim Racing, Burnett has spent most of, if not all of his time as an oval racer but has shown early in testing he will be one of the major driving forces for the team.

END_OF_DOCUMENT_TOKEN_TO_BE_REPLACED

Posted on January 18, 2016 by Justin Kern Leave a comment 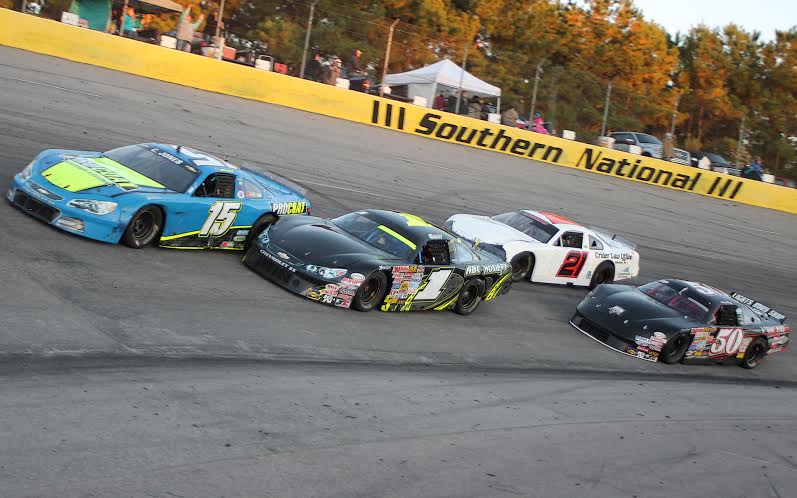 LUCAMA, NC – Southern National Motorsports Park has released its 2016 schedule, which features 22 events. The 2016 season will get underway on Saturday, April 2nd with the Championship Auto Racing Series (CARS) Tour Late Model Stock Car and Super Late Model races. The regular season will begin the following Saturday night, April 9th with twin races for the Late Model Stock Car division as well as racing in the Charger, U-CAR, Legends and Bandolero divisions and the return of the Southern Ground Pounders Vintage Racing Club.

END_OF_DOCUMENT_TOKEN_TO_BE_REPLACED

Posted on January 18, 2016 by Justin Kern Leave a comment

DAYTONA BEACH, FL – After a competitive Combine event last October, six drivers were selected to the 2016 NASCAR Drive for Diversity® (D4D) class and will join the industry’s premier development program for multicultural and female drivers, and pit crew members.

Talented drivers from across the Americas will compete for Rev Racing in the NASCAR K&N Pro Series East and NASCAR Whelen All-American Series, and attempt to follow in the footsteps of D4D graduates and current NASCAR national series drivers Kyle Larson, Darrell Wallace Jr. and Daniel Suárez.

The 2016 class will be formally introduced to the industry as part of the Charlotte Motor Speedway NASCAR Media Tour on Jan. 19.

“NASCAR remains steadfast in its mission to develop multicultural and female athletes and we believe this class has the potential to compete at the highest levels of our sport,” said Jim Cassidy, NASCAR senior vice president of racing operations. “The talent pool from which these drivers were selected was unprecedented for NASCAR Drive for Diversity – a testament to the program’s growth and success.”

END_OF_DOCUMENT_TOKEN_TO_BE_REPLACED 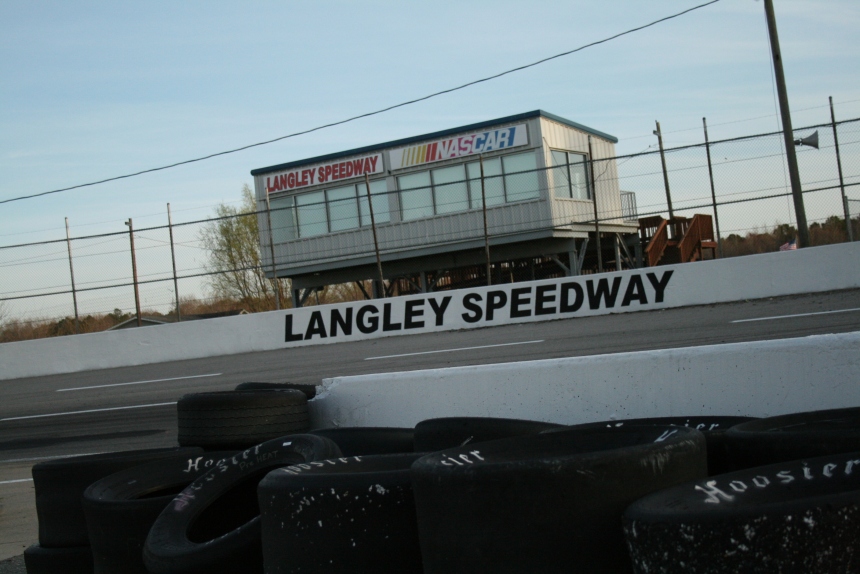 Hampton, VA – The NASCAR Whelen All-American Series version of the All-Star race held every spring has been cancelled. The Denny Hamlin Short Track Showdown, which puts some of NASCAR’s best up against some of the greatest short track drivers in the region, was cancelled earlier this afternoon due to the uncertainty that Langley Speedway will be open in 2016.

Race coordinator, Buck Reuss, said in an article posted by the local paper here in Hampton that, Denny Hamlin Foundation management informed him Tuesday that the charity race will not be held at Langley or any track this season. “This is due to the situation at Langley Speedway,” Reuss told the Daily Press. “I don’t blame anyone operating the track, because I think Victory Lane Motorsports owner Bill Mullis and Chuck Hall have done more for the track than anyone since Joe Carver. But the drivers needed to set their schedules by Jan. 5 at the latest.”

With negotiations still on going between all of the powers to be on the future of Langley Speedway, Reuss said the Denny Hamlin Foundation management feels it is difficult to organize the race now with the uncertainty that Langley will even open its doors. In addition to the driver commitments, most of the money to put the show on comes from other people associated with drivers, not just Denny Hamlin. Those sponsors needed to know the race specifics by early January to commit their funds. Not to mention the logistics of organizing so late with rules, procedures and even NASCAR licensing.