Posted on October 31, 2015 by Justin Kern Leave a comment 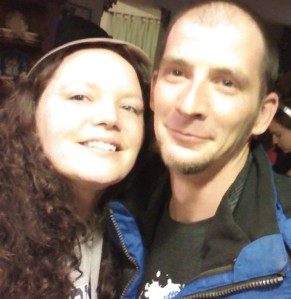 You know that saying, “Going out with a bang?” Well we here at The Weekly Racer wanted to do nothing less for the 2015 edition of The Driver Series. Yes its about that time of year again when we start to wind down and give the drivers and our staff a bit of a break from all the grueling questions. However we wanted to go out on top this season by bringing you, the readers, a champion. A driver who fought tooth and nail all season to finish above the rest. Not only did this driver win the Enduro Championship this year at Langley Speedway, he also backed that up by winning the largest Enduro race of the year at Langley Speedway during the Day of Destruction.

Richard Quinn, a 33-year old auto mechanic from Norfolk, discovered his interest in the racing world in a bit of an unorthodox method – street racing. Wait, scratch that, lets be real, I am willing to bet that 80% of the male teenage to young adult community at some point in their life has participated in some kind of street race, am I right. When racing is in your blood you kind of take it where you can get it. “[I] grew up around cars,” Quinn said. “Dad was a mechanic and I just stuck with it.”

The street racing is ultimately what led Quinn into even wanting to get into closed course or “track racing.” Lets be honest, for one this time of racing was legal, it was safer, and plus you had a much larger audience to see you win! For now the Enduro series at Langley Speedway is all that Richard has competed in for now after being introduced to the series back in the late 90’s by Tim Sparrow, whom he used to help pit crew for.

For Quinn, 2015 has to go down as one of the best, if not most memorable years in his racing career so far. After earning just one win, which he inherited after a season finale DQ, Quinn wrapped up the Bojangles Enduro Championship with an impressive 41 point advantage over Ronald Klein, adding just another stat to his growing resume. Having earned a total of eight wins in the past five years of racing, being able to win the championship just makes things that much better. “Winning the Enduro race this year at the Day of Destruction was exciting surviving through such a large field,” Quinn tells us about his accomplishments in the sport. “It also capped off a great championship season”

“I am going to try and come back to defend my championship,” says Quinn about the 2016 season at Langley. “Looking to try and run a partial Super Truck season also. DQM, Richards race team Dick Quinn Motorsports, will be expanding to 3 cars next season as well. Good friend Mike Kanary Sr. will be running his first full season and son Casey Quinn will be running a partial season. Of course none of this would be possible without the help of the all important sponsors. The team is currently looking to make new partnerships for the 2016 season that will benefit all who are involved, if interested you can always contact the team through the social media links provided above.

Okay, to start this off pretty easy, what is your favorite color?

In your own opinion, where is the coolest place that you have traveled to?

Your favorite movie all time?

What was the first street car that you owned?

Any tattoos or piercings?

5 tats (arm, chest and back) and tongue and ear piercing.

I like anything but R&B and Gospel. Kinda fond of Punk and Irish Folk.

What about band or group?

When you were growing up in grade school, what were you telling your parents and teacher you wanted to be when you grew up?

I wanted to be a Lawyer… Opps sorry Mom and Dad.

One racecar driver you want to meet? Can be from any racing series.

Spending time with friends and family, cooking out, fishing, going to the beach, wakeboarding and thinking about the next race 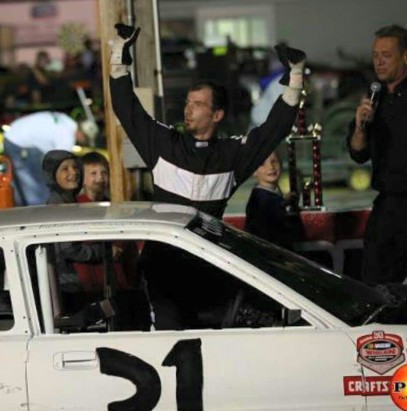