NWAAS: Champions To Be Crowned Around The Mid-Atlantic – Pulliam Extends National Lead

Posted on September 14, 2015 by Justin Kern Leave a comment 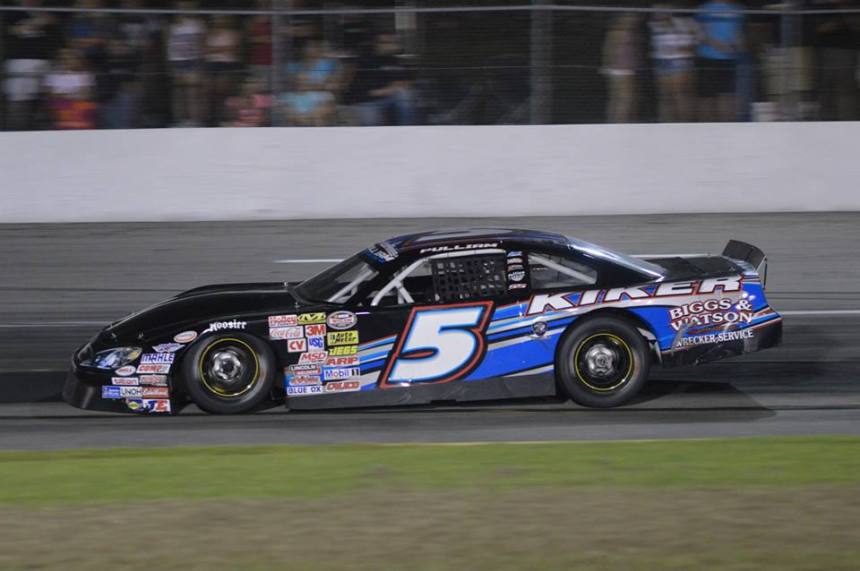 Lee Pulliam went on a tear again this weekend in the Mid-Atlantic Region yet again this weekend to help solidify his number one spot on top of the NASCAR Whelen All-American Series Division-I points standing! Pulliam had to travel over 400 miles between two tracks in two different states to go 3 for 4 in the second to last weekend to earn national points.

With not only national points on the line, Pulliam rolled into Motor Mile Speedway, located in Radford, Virginia, hunting a third consecutive (fourth all time) Late Model Stock Car track championship. However, for Pulliam, it was the first place trophies he and his team was hunting as they try to extend their points lead over Tillison, Jr. With two 75-lap features on the books and a full filled of cars, things were looking good for 27-year-old driver from Alton, Virginia.

Earning his 11th victory of the season did not come with ease for Pulliam though. Having to run down Tommy Lemons, Jr – who lead a race high 50 laps in the first feature – to grab the W in a twenty-one car field. Matt Bowling, who is locked in a pretty tight points battle at South Boston, was able to get the lead on lap ten of the second features and hold of a caution field race to split the evening.

Pulliam’s first and second place finishes at Motor Mile this weekend inked his name in the Motor Mile record books tied for the most Late Model Stock track championships – second to the great Philip Morris – Pulliam also guaranteed yet another trip to Charlotte this year for the NWAAS Points Banquet. With his first and second place finishes on the night it will certainly help create some separation between he and Tillison. 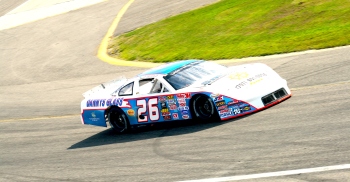 “Championship Night” continues to roll through the Mid-Atlantic as Langley Speedway looks to crown a rack champion in the Late Model Stock Car division after a 125-lap feature. In a division that has seen seven different winners this season, it ultimately and mathematically comes down to just two drivers. Two drivers who have a combined total of 9 LMSC championships at Langley. Two drivers who share the same last name! Danny Edwards, Jr (387) looks to add a sixth title to his belt while his brother Greg Edwards (377) enters the night looking for his second consecutive – fifth overall – track championship.

Both drivers entering this weekend with six wins at Langley Speedway in 2015 make for one interesting
tiebreak scenari
o with out even the first engine being fired! With each spot on the track being worth just one point, Greg Edwards is going to need some help with car counts and some kind of mechanical failure or accident from his brother to make up the points deficit.

Assuming the tiebreaker comes down to number of wins; Greg Edwards would have to win this weekends 125-lap feature and have Danny Edwards, Jr finish eleventh or worse. No matter who wins, Danny Edwards, Jr collects his six NASCAR Whelen All-American Series LMSC track championship with a finish of tenth place or better!

Gates and practice open up at 2:00 PM. Tickets for adults $12 // Military & Seniors $10. Racing is set to get underway at Langley Speedway approx. 7:00 PM EDT along with five other divisions, four of whom will also crown track champions. 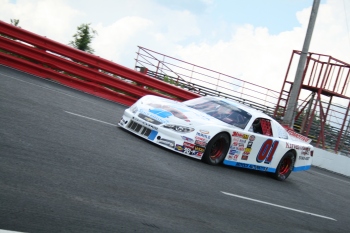 Jeff Shiflett looking for back-to-back track championships he will need to be very mindful of the #7 of Louis White as East Carolina ends their season with twin 50-lap features. Shiflett (730 pts.) currently holds onto a twenty-point lead over the 2014 Limited Late Model champ Louis White (710 pts.). However, with each position on the track equaling two points, track position alongside of car count is going to play a very important roll.

Shiflett, who has been very consistent all year, will need to have an average finish better than sixth place to clinch the championship – that is assuming and only assuming that Louis White wins out. If that is the case and White does double dip this weekend Jeff Shiflett will need an average finish higher than sixth place which would create a tie in the standings and I believe handing the advantage over to White, assuming again the tie breaker goes to most wins that season.

However, all that being said, you still can’t count out Thomas Burbage; currently sitting third in the standings just twenty four points out with a few wins to his name this season as well. With twelve positions to make up on the track Burbage as a bit tougher storm to weather coming into this weekend as he cannot rely on just his performance but will need a slip up from both Shiflett and White along with about thirteen or more cars taking the green flag in both races. Three teams enter this weekend with a shot only one team will prevail! 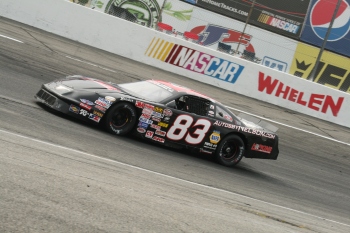 Matt Bowling enters the weekend with a thirty-one-point advantage over second place driver Lee Pulliam. It has been proven many times this season that both drivers have what it takes to put their machines in the box at the end of the night. A point deficit that honestly does not seem to far out of reach for Pulliam, especially with the momentum he has going for him. On the flip side to that it seems like it is going to take a mechanical failure or accident *knock on wood* to keep Bowling from winning the South Boston Championship.

With having no on hand experience with how the points system works at the track I do not want to go out their and start calculating scenarios – especially if bonus points are involved. One thing is for sure; Pulliam is hunting for first place finishes with full fields. Heck it may get to the point where Pulliam tries to pull off starting both races 10th or worse just to try and earn those extra points that NASCAR throws out.

Though not part of the All-American Series another NASCAR Whelen brand of racing will make its return to South Boston Speedway with major championship implications on the line. The Whelen Southern Modified tour will be on hand for their third to last 150-lap race where the top five is separated by only nine points! Jason Myers still has the honor to call himself the points leader but with a two way tie for second place and only one point behind that could all change after this weekend! 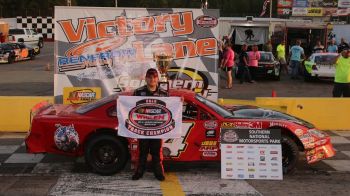 The first of the tracks to official crown a champion in the Late Model division this past weekend. After looking over the radar and thinking better of things, track owners and promoters decided it might be best to postpone the race to the following day to allow the front of storms to pass though. Was a good thing owner Mike Diaz and promoter Langley Austin made the call because it set up for one hell of a Sunday afternoon show.

Lee Pulliam, who made the drive from Motor Mile the night before, would go on to sweep both twin features but not with out some excitement. Pulliam would spend most of the race trading paint with Raleigh’s own, Bradley McCaskill. Both drivers after the race expressing how fun it was to trade some paint lap in and lap out, and not really wreck each other.

In the midst of the incredible battle for the lead we must not forget a track championship was indeed on the line that afternoon. The title would come down to the two teammates Andrew Grady and Johnathan Findley. With some bad luck and mechanical failures, Findley was able to lock up the points lead after a penalty regulated Grady to the rear in the first race, and an engine issues plagued the young man in the second.

Up next for Southern National is a PASS South Super Late Model and Pro Late Model race on Saturday, September 26th. Visit www.snmpark.com for more details.