Posted on March 3, 2015 by Justin Kern Leave a comment 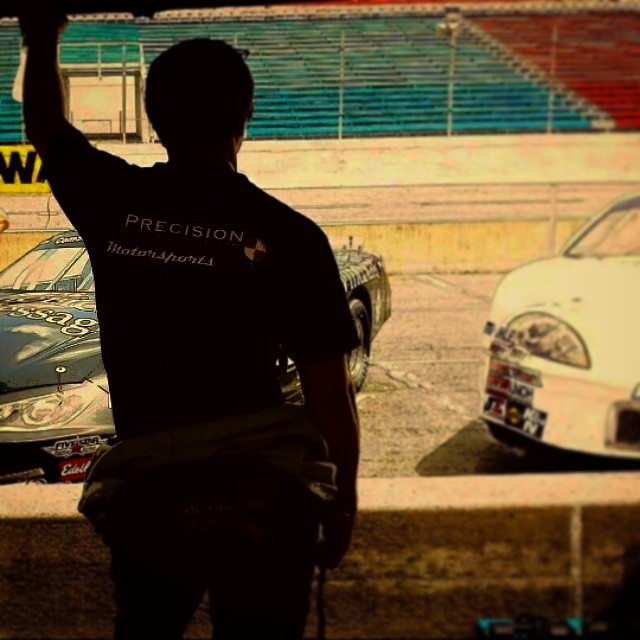 Gloucester, VA – What happens when you give a young man who has been racing his entire life the chance to race something different, something new, something fast? If that wasn’t one of the easiest questions you have ever answered I would be willing to hear what that question was in the comments bellow. News broke from earlier last week that local NASCAR driver Brandon Gdovic (Precision Performance Motorsports – PPM) of Gloucester, Virginia has teamed up with Mitchum Motorsports to bring the driver into a whole new spectrum of racing.

For those who do not know, Mitchum Motorsports located in Virginia Beach, Virginia was found in 2001 and have been running Grand-Am/IMSA Continental Tire Sports Car Challenge series with their Chevy Camaro & BMW. They will also field cars in the Super Trofeo North America series, a 6 track, 12 race series where all the drivers will wheel the same Lamborghini Cup in each race.

Gdovic has had the itch to run more road racing for a while now, it was just a matter of finding the right match. “[I wanted to for] probably about a year now,” Gdovic told The Weekly Racer. “It was kind of just talk at first and near the end of the season last year [2014] I was pretty serious about wanting to do it. We sat down and really talked about it and decided to try to put something together.”

Going from full body, well I say full body and stock car lightly due to the fact that Gdovic spent most of the 2014 season racing anything that someone would put him in a seat, to a Sports Car running all road courses. Gdovic spent most of the 2014 season in the NASCAR Whelen All-American Series in a Late Model Stock car, also appearing and winning in an IMSA style open wheel modified, all while running a limited K&N Pro Series East schedule. On top of that Brandon ran in the INEX Legend series and ending up winning a track championship at his home track of Langley Speedway. So back to my question, why give all that up to run the sports car?

His answer was very simple, plus he is not quite giving anything up. “The interest came from the first second I made my first lap on a road course,” Gdovic explained. “It’s just a whole different ball game compared to ovals, there’s a different mindset, intensity level, and precision of driving you have to have to be fast on a road course. It’s not like being at Langley and just hitting two corners right to make a fast lap, it’s a combination of a bunch of different corners where there’s so many chances to mess up. Overdriving a corner at Langley a little bit can cost me a tenth where as on a road course it could be half a second or more if you’re coming on to a long straight, and that’s just one corner you still have the whole rest of the track to go through without making any mistakes. I was always drawn to it through the appeal of that side of the racing world and the entirely different experience it would be.”

Don’t think just because Gdovic has taken on this new roll he is not going to be running those other series as mentioned above. When talking with Brandon he did let us know he was going to be running the full 12 race schedule in the Super Trofeo North American Series, which you can find that schedule below, but he will be running as much as he can while not on the road. “I’m doing a few late model races, a few K&N, a few Southern Mod races, a few IMCA Mod, some legends, and doing some coaching and spotting as well.”

Needless to say this young man is going to have one busy 2015 season and we are going to do our very best to keep you up to date as he works his way through this new adventure.