NASCAR: My Rant As Speedweeks Has Come to an End

Posted on February 25, 2015 by Justin Kern Leave a comment 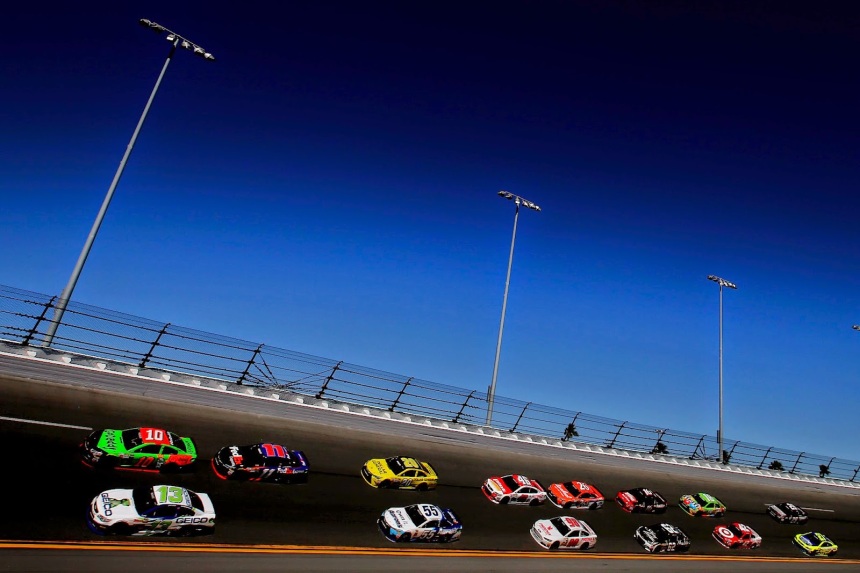 Daytona Speedweeks… I think its safe to say that this has got to be one of every NASCAR fan’s favorite weeks of the year, maybe second to the one week leading up to a NASCAR race in their home town. There is plenty to see, plenty to cover, and plenty to talk about. Now I know everyone is entitled to their opinion, hell it’s what made me want to start this website in the first place. Some people bring up some great points, some people just argue for the sake of arguing, some people weigh in because they don’t like or don’t know the sport.

For the first time in a few years I was able to keep up with a lot of what was going on during speedweeks  thanks to a couple of things. My in-laws actually packing up and heading down their for the week and allowing us to house sit and use their cable for one, plenty of activity on social media, as well as the Fox Sports Go app that I was glued to either on my iPad or phone for two! Over the past week I have seen a good amount of people ranting over all kinds of things on Facebook & Twitter. Now over the past year I have learned how to distinguish between my friends and colleges posting things for the simple fact to get people fired up and talking and when hey actually don’t like things. So that is what I am going to do today; some of my rants are truly things I was yelling at my screens this past week, while some things I just want to see how people react. 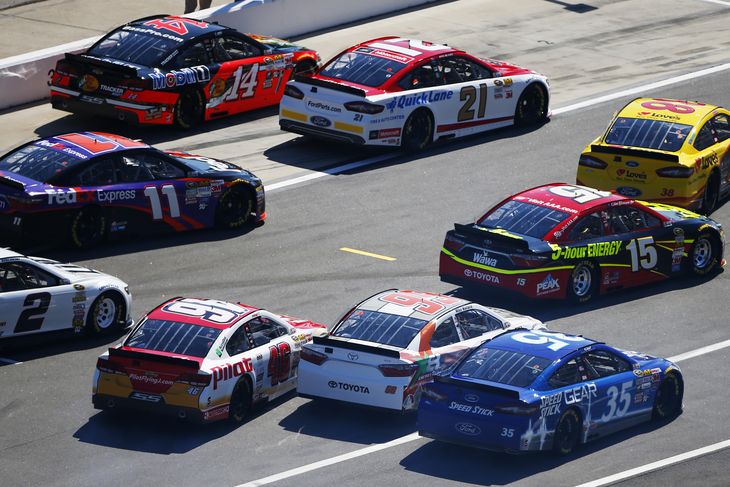 Group qualifying… Euro qualifying, or what ever you want to call it should never have been introduced to Super Speedway racing! PERIOD! End of story! Back in 2014 when this method was introduced the VP of competition and racing development Robin Pemberton was quoted as saying the changes to the qualifying procedure was to engage the fans watching on various forms of media, not only that but creating even greater competition for the drivers and teams going into the event.

We believe the timing is right for a new Coors Light Pole Award Qualifying format across our three national series. –NASCAR.com

END_OF_DOCUMENT_TOKEN_TO_BE_REPLACED

Posted on February 24, 2015 by Justin Kern Leave a comment

Newport News, VA – Round two of the Touring series will kick of early in July with one of my favorite mini series in Late Model Stock Car racing. Just as the summer starts to really heat up so will the action around the mid-atlantic in all of the divisions of racing! We will continue our touring series at South Boston Speedway for their Independence Day celebration as well as the opening leg of the VA Triple Crown series. Lets take you through the final five race of The Weekly Racers Touring Series…

6. We head back down route 58 and on our way to South Boston Speedway to kick off one of them most exciting racing series in the state of Virginia. In a tag team effort between SoBo, Langley, and Martinsville we will kick off round one of three in the Triple Crown series. I am estimating thirty plus late model teams to pack the pits as they all battle to win the 200 lap race. Last year saw some very exciting racing as well as some big names running into trouble early. It will be interesting to see who makes it back and who takes home the trophy!

END_OF_DOCUMENT_TOKEN_TO_BE_REPLACED

Posted on February 23, 2015 by Justin Kern Leave a comment

Newport News, VA – 2014 was a big year for us in the office of The Weekly Racer, had a lot of things thrown at us, a lot of set back and hard times but plenty of ups as well. Spent the whole year learning and meeting a ton of new people who have really helped us grow and expand our efforts. One of the most difficult adventures for us last year was this very series. On the flip side to that it was one of the most exciting series. This series took me to tracks I have never been to before, I have gotten to see weekly racing series that I have never witnessed before, met drivers who could easily make it to one of the top tiers of NASCAR.

For the second season we have decided to compile 10 races that we feel are going to be some of the best and most interesting races of the season. Some races were carefully selected to help broaden our horizons, visiting tracks or series we have never been to before, others were picked because we know they will be ones for the record books. Bellow we have posted the first five races in the ten race series, placed in order by the date of the race, and with a little bit of info on why we picked this race. I want to know your opinion as well Make sure you leave a comment bellow if you will be at the race, how you think it will turn out, or just your thoughts on our pick.

END_OF_DOCUMENT_TOKEN_TO_BE_REPLACED

iRacing: Travis Wall Makes It Two For NASTRACK At Charlotte

Posted on February 18, 2015 by Justin Kern Leave a comment

Round three of five in the NASTRACK -vs- More Sim Racing Challenge wrapped up this past Monday just after the mayhem that was the Daytona 500 qualifier. Needed to supply your racing fix with more but didn’t know where to go? Your always guaranteed to find some interesting door to door action on the very popular iRacing server. Don’t have the program, don’t worry! The folks over at Checkered Flag Interactive have you covered from flag to flag! Along with past races in their archives follow the LINK HERE to check out some of the replays from this series amongst other races they broadcast.

As teams unloaded in the heart of NASCAR and took to the high banks of Charlotte Motor Speedway for practice, it was clear we were going to have a barn burner on our hands. Keith Maiato captured his second pole of the series Monday night coming off the victory the week before in California. Keith posted the fastest time in qualifying with a 29.232 (184.73 MPH) second lap time. Other familiar faces were among the top of the charts as well; Travis Wall, Steven Burnett, and Chris Simard all posting times within eight thousandths of a second of each other.

Twenty-six B-Class cars hit the grid for the CreekFire.com 120.  80 laps under the lights with only 50% of fuel in the cars to again ensure the need for teams to make pit stops. Once the green flag was displayed to the field the leaders waisted no time turning the heat up! The top four drivers spent the first eight laps door to door while the rest of the field tried to settle in single and click off some fast times.

Just as I said that however, the #01 of Richardson gets loose coming off turn four and clips the #62 of Clifton Savage sending them both for a ride through the grass in the dog leg bringing out the nights first of five cautions! All but the top five cars took the long slow 50 mph trip down pit road for four fresh tires and to get off sink with the leaders in hopes of pit strategy playing in their favor. Travis Wall leading the field back to the relatively short green flag run before the field was placed back under yellow flag conditions. Jeremy Jordan, driver of the Hendrickcars.com #48 made contact with the #12 machine of Bruce Boyer due to a technical glitch with the server or main machine.

END_OF_DOCUMENT_TOKEN_TO_BE_REPLACED

iRacing: Second Round of League Challenge Proves To Be A Challenge For All

Posted on February 12, 2015 by Justin Kern Leave a comment

Round two of racing was among us this past Monday as teams unloaded at the Auto Club Speedway for the Doug Design 75 under the lights! Just like any track that runs under the lights it didn’t take long for sparks to fly. Much like any night gates opened for practice at 6:45 PM (EST) for drivers to work on their lines and put a fast lap down before things kicked off LIVE again on YouTube under the Checkered Flag Interactive channel – by the way a full video recap is available if you follow the link.

Similar names found their way back to the top of the leaderboard this week, the #54 of Steven Burnett posted a blistering time of 40.591 around the two-mile D shape oval. Keith Maiato and Travis Wall among the top three again, posting times just thousandths of a second off the top spot. ‘More’ drivers, Todd Marcotte & Chris Simard rounded out the top five all posting times in the 40’s. Not really what the NASTRACK guys wanted to se early on with the Challenge scoring set up to give points only the top 10 drivers when the checkered flag waves.