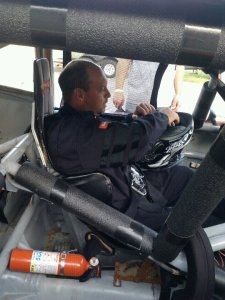 Last weekend we meet Frank Riegel, a truck driver by day and a race car driver by night! What I want to do is take you behind the scenes and let you get to meet Mr. Riegel on a more personal level! I do want to thank Frank for opening up to us, allowing old and new fans a like to learn more about him. It was pretty funny when we got through with our interview he told me, “I’ve never been interviewed for anything other than a job so I hope this is okay!” Not only was I happy with the time-table he got all this done but the content was amazing. Hope all of you enjoy, and maybe find your self at a dirt track rooting for the 10 car.

Frank came to North Carolina at the good ole age of one! “I was born in Kansas and my family moved to NC when I was one. We landed in Newport and ended up in Ayden, [right] next to Grifton.” Riegel was introduced to the racing community at a very young age. His father raced just about everything on wheels out west, from flat track Harley Davidsons to Sprints and Super Modifieds! You know how people will say ‘I grew up at that place’ and what they mean is they have been going so long? Well Frank literally grew up in the pits on some of these dirt tacks on the east coast. “I literally grew up in the pits of dirt tracks all over the east coast but mostly Wilson County Speedway,” Riegel tells us. “My mom has a picture of me playing in the mud in [the] Wilson pits. I was maybe 3, guess you could say its the normal place for me.”

It was sixteen years later when Riegel finally got behind the wheel of his own car. One will argue that sixteen is a really late start, and I would tell them they are entitled to their opinion however it was not relevant at this point and time. For me it’s never to late to get behind the wheel, if its your passion its your passion, and dirt track racing is what it’s all about for Frank. “It was a nova owned by Roy Walker,” Riegel went on to say. “It was a Street Stock. I built the engine so he let me drive a few times, nice man he was.”

25 years went by before Riegel was able to climb back into the cockpit of a race car, “The judge told me i was done paying child support so I picked up where I left off.” [Laughs] Riegel is a father of six and a grandfather of three, so we can understand how racing might be a little difficult. In just his third season back in the saddle, Frank won in only two starts, finished second in the points all in his “rookie” year. His sophomore season saw a top five points finish, and currently sits eighth in points at East Carolina Motor Speedway – would be closer to the top however he missed a few races. 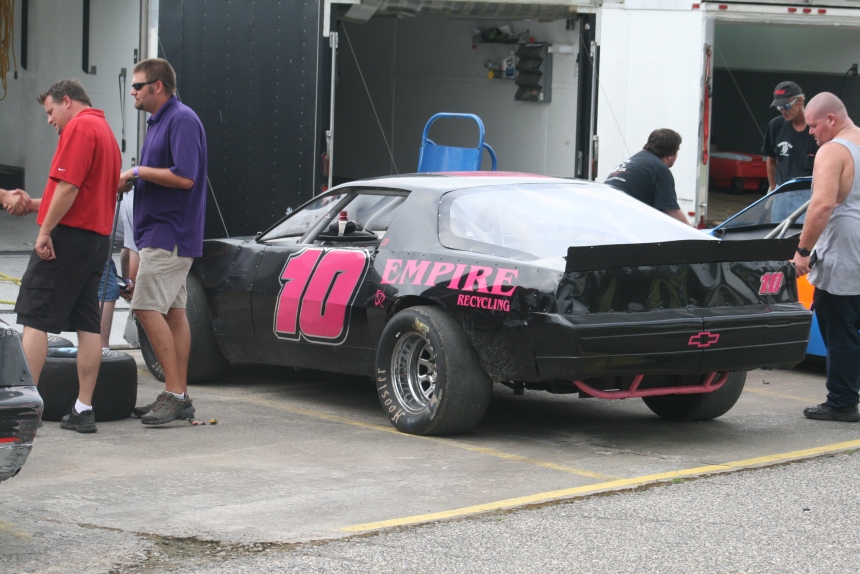 “I have driven at Clary’s, County Line, Southern National, and East Carolina Motor Speedway,” Riegal said. “East Carolina is the most difficult asphalt track I have driven on or seen. It’s also the most fun!” I will say this the few times I have been to that speedway one thing is pretty apparent… the man can drive! Even though East Carolina is one of Franks favorite tracks this will be his last year running an asphalt car. “I grew up at dirt tracks and that’s where my heart is,” explained Riegel. “I’m gonna put a dirt car together this winter and run a few races next year. My youngest son is almost 13 so really it’s a matter of what he wants to do. He likes dirt tracks.”

In my time spent with Frank I learned very quickly this was a humble man who loved his family on and off the track! Very appreciative of the love and support from his family, as well as all of his friends down pit road. This is what he had to say when I asked him what was on the horizon for Frank Riegel and his racing career. “My family is growing rapidly so it’s up them. If my family wants to go do something else then that’s what I’ll do. They support me 100% but racing takes all my spare time and I know they wanna go do different things to. I also want to add that my racing family is just as important to me. I’m a very blessed man to have all my family and friends in my life and cherish them.” 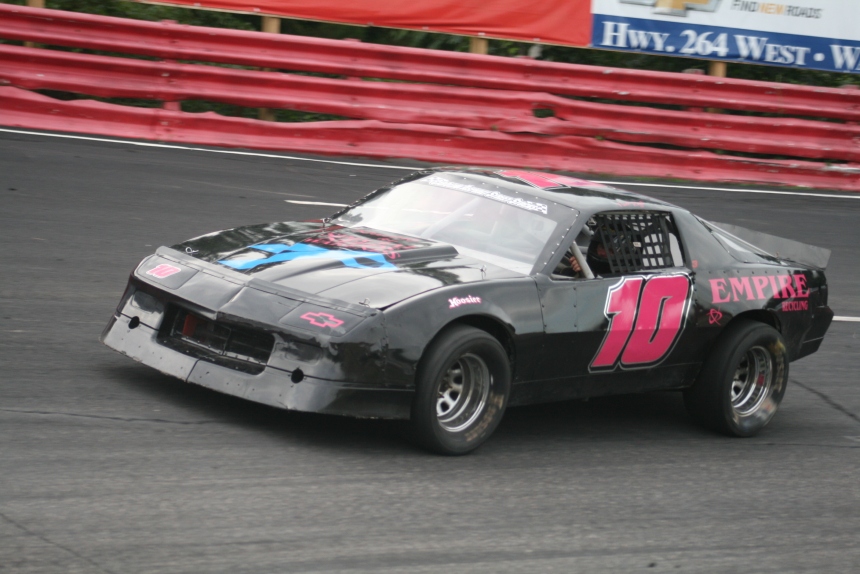 If you have not checked out our Driver Series interview featuring Frank all you have to do is click this link –> #10 Frank Riegel, a set of fun questions that all the drivers tend to have fun with. Find out what are some of his favorite things to do and eat!
For a full list of drivers who have been featured this season, click here.