Posted on December 30, 2013 by Justin Kern Leave a comment 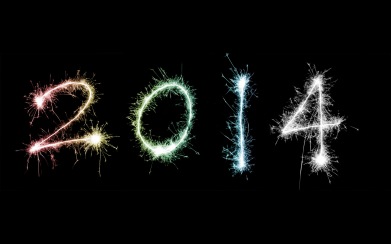 ”The field coming out of four, two wide — three wide deeper in the pack. Thundering towards the stripe, just 24 laps/hours to go in The Year 2013…”

So… need less to say I would probably never make a great commentator. I will tell you this though, that little blurb above sounded way better when I was talking to my self! Had the background noise of the cars and fans, little Darrel Waltrip twang as well. Sometimes being ADHD has its perks!

We are just hours away from opening the 2014 Nascar Whelen All-American Series season yet again. Most tracks will probably start practicing in late March, with season openers in April.

END_OF_DOCUMENT_TOKEN_TO_BE_REPLACED

‘Twas the Night before Christmas

Posted on December 24, 2013 by Justin Kern Leave a comment

‘Twas the night before Christmas, when all through the garage
Not a engine was stirring, not even a wrench;
The stockings were hung by the tool box with care,
In hopes that St. Nicholas soon would be there;
The chassis were nestled all snug in their box,
While visions of Daytona danced in their heads,
Gordon and his crew chief, and I in my cover,
Had just settled our tires for a long winter’s slumber- END_OF_DOCUMENT_TOKEN_TO_BE_REPLACED

Okay guys sorry, I know its been a while since I have posted anything. Probably not good specially when your trying to get the blog started and get more people to read. Kind of hard to read when nothing is being posted. One of my co-workers has been gone on vacation this week so I have been working just a little bit more. Also does not help it being so close to christmas, we actually get pretty busy. Hopefully with him back I have more time to write to all of you. I appreciate the amount of traffic to the Driver Series page. I am starting to get more drivers interested. If you are interested or know someone who is, have them get in contact we me via email; theweeklyracer@gmail.com END_OF_DOCUMENT_TOKEN_TO_BE_REPLACED

Posted on December 4, 2013 by Justin Kern Leave a comment

Okay everyone, since creating this blog I have been brainstorming ideas of a series to create. All my research told me a good blog site has some kind of series to go along with their post. Something that has a regular release, some thing that beings readers back to my blog. I feel okay about saying this here because if I was able to find that information with no problem then so could my readers… END_OF_DOCUMENT_TOKEN_TO_BE_REPLACED